Patrick Le Brun is a writer and activist who has written many articles for Counter-Currents. He has extensive experience with the French Identitarian movement and is currently based in the United States, where he mentors college students who wish to engage in activism.

In the first hour, we begin by discussing the importance of independent media. Patrick stresses the fact that mainstream media outlets present a very limited or distorted perspective on current events. In light of this, Patrick urges listeners to continue supporting sites such as Red Ice and Counter-Currents. We then delve into the topic of radical Islam. Patrick outlines what the Western ruling elite considers to be a “good” Muslim: namely, one who bows to American hegemony and offers up their oil. This is why America has made enemies of secular leaders such as Saddam Hussein and Bashar al-Assad – all while maintaining intimate relations with the highly oppressive Saudi regime. We then discuss how Islamic extremism has transformed from simply consisting of insurgent armies to now encompassing individual, open-source terrorism. We conclude the first hour by mulling over the ineffective responses to Islamic terrorism that are so unfortunately common in the West.

In the member’s segment, we consider both the Democratic National Convention and the current election overall. We begin by discussing the DNC email leaks, with Patrick noting that the whole affair reveals the media to be fairly subservient to the Democratic party. Patrick also states that the Democratic party is very aware of the criticism leveled against them; as such, they have become adept at shaping public perception while nevertheless retaining their oligarchical core. Having actually attended the DNC, Patrick shares some interesting stories about his experience there, such as the massive walk out and an occupation of a media tent. As Patrick observes, American mainstream media glossed over these events, while international and independent media outlets actually covered them. Patrick also reinforces the idea that the main paradigm of our age is not left vs right, but rather globalism vs identity (nationalism). Finally, we wrap up by discussing the left’s plan to destroy Trump by trotting out disgruntled former employees, and how an October surprise revealing Hillary’s role in the creation of ISIS would prove immensely beneficial to Trump. 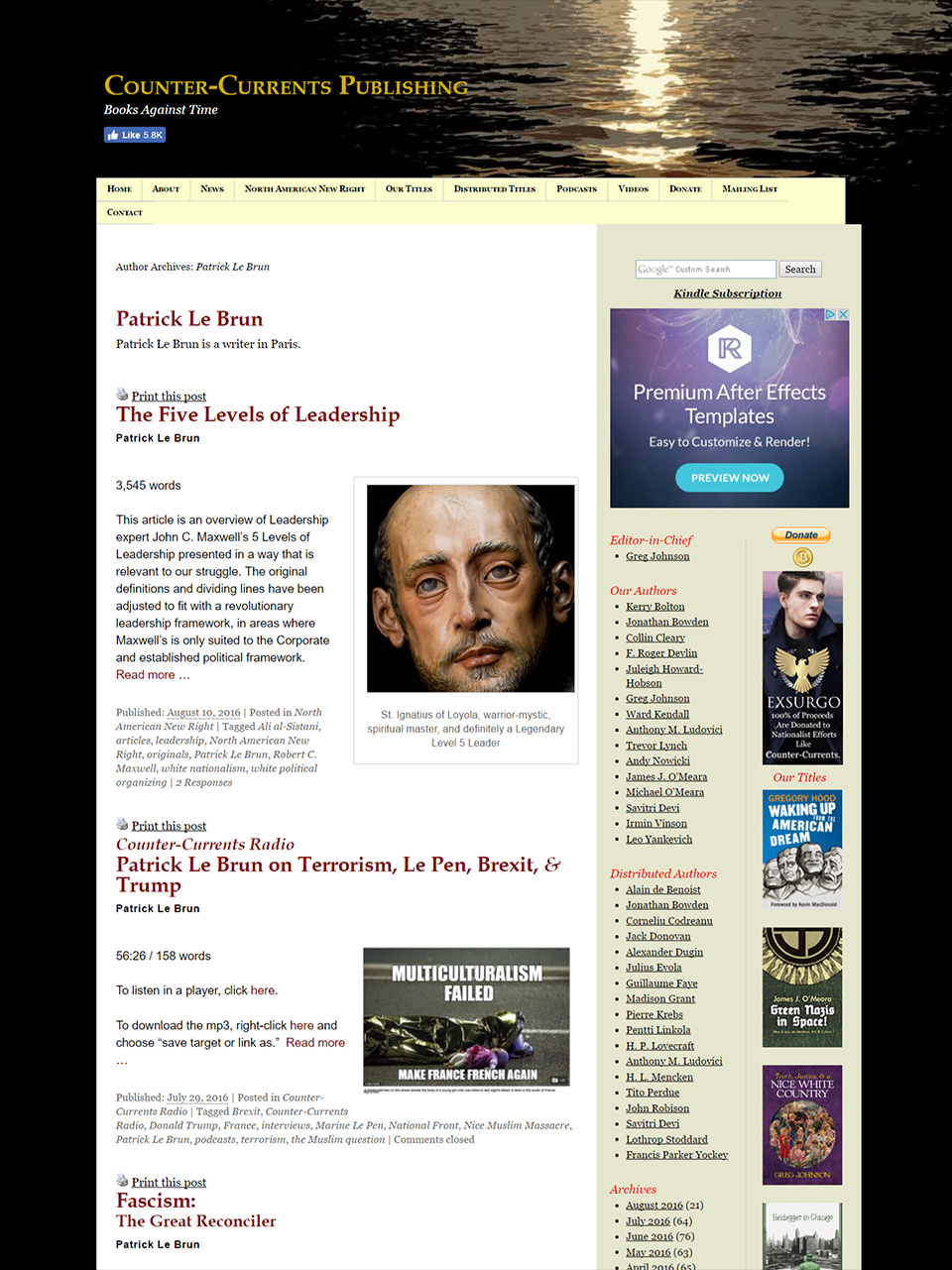