Patrick Le Brun is a writer and activist, who has written many articles for Counter-Currents. He has extensive experience with the French Identitarian movement but is currently based in the United States, where he mentors college students who wish to engage in activism.

Patrick returns to Red Ice to discuss recent happenings in the Middle East. First, Patrick tells us about the crisis Saudi Arabia faces as the regime prepares to pass power to the next generation. We then talk about Lebanon, Hezbollah, and the complex relationship between the various powers in the region. Later, we discuss Israel’s intentions for its neighbors. Patrick argues that the Jewish state longs to be surrounded by weak, unstable regimes, and is thus opposed to strong nationalists that threaten such an arrangement. The show covers much more, including the relationship between Sunni and Shiite Muslims, and how this ancient conflict affects geopolitics. 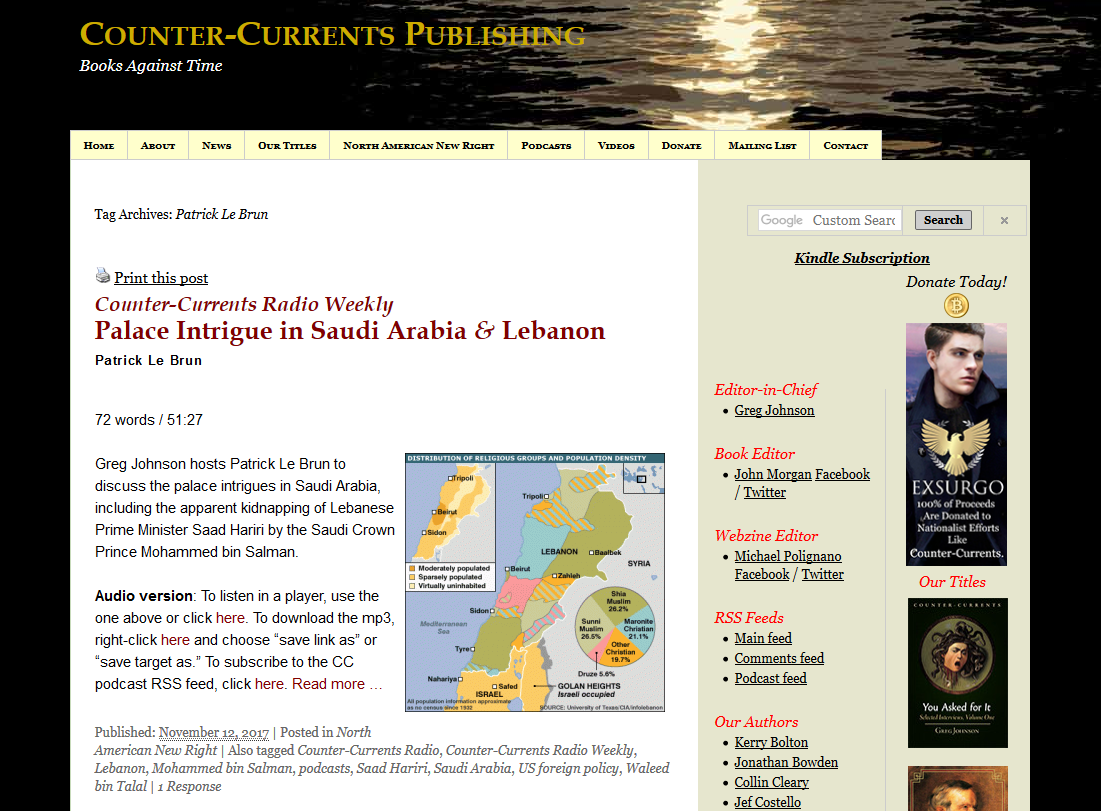