Patrick Le Brun is a writer and activist who has written many articles for Counter-Currents. He has extensive experience with the French Identitarian movement. He is currently based in the United States, where he mentors college students who wish to engage in activism.

Patrick returns once again for yet another enthralling conversation, this time on the Assassin’s Creed video game series. We begin by discussing the fact that the creators of this franchise are clearly well versed in esoteric themes, such as metagenetics (Red Ice members, perhaps?). We then delve into the historical background of Assassin’s Creed. Patrick tells us about the Fatimid Caliphate, the Ismaili sect of Shia Islam, and the myth of the Islamic “Golden Age” in Spain. We learn that the collapse of the Fatimid Empire, which was actually quite philosophical, marked the closing of the Muslim mind and forced Neoplatonists and other esoteric thinkers to go underground. The first hour also gives ample consideration to the Knights Templar and their relationship to the Ismaili assassins.

In the members’ hour, we pick up where we left off and continue our conversation on the assassins. We discuss the blending of myth and history that defines many modern day understandings of this mysterious group. Patrick describes the process through which young boys became assassins, which often involved the use of drugs, such as hashish. We learn about the more esoteric teachings of the Ismaili assassins, and discuss the meaning of the phrase “nothing is true, everything is permitted.” This leads to consideration of the power of faith; Henrik argues that, regardless of if one’s religion is metaphysically correct, faith can allow one to overcome the fear of death and perform great feats. The members’ hour then delves deeper into the secrets of the Ismaili sect, including its recent history and relevance to modern politics. To conclude, Patrick offers advice to those interested in taking a more active role in the battle to save Western civilization. 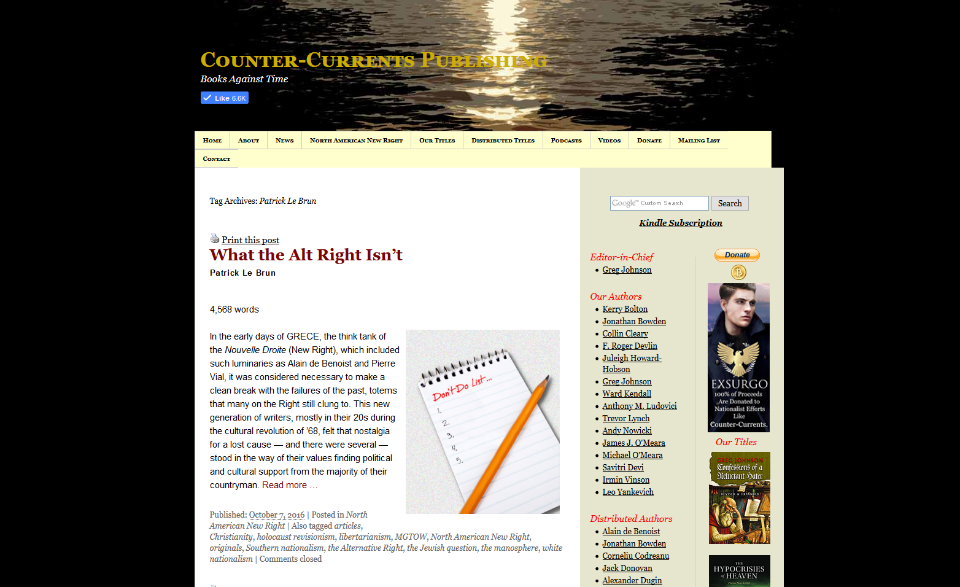