Dec 20, 2009
Author, investigative mythologist and host of “Revelations” radio, William Henry has been documenting humanity’s awakening to its spiritual magnificence for over 20 years. Inspired by the great accomplishments of antiquity, William brings to life the stories of ascension through art. He teaches the secrets of soul transfiguration or metamorphosis and connects people to one another across cultures, time and space. William Henry returns to Red Ice Radio. He has been researching star gate mythology, lost secrets, mystical symbols and forbidden knowledge. In this interview, Williams begins discussing "the Apotheosis" and the blue spiral in Norway, as well as Obama. Then, we talk about the emergence of a world government and the Gnostic and Christian interpretations of recent events. Topics Discussed: COP15, apotheosis, freedom’s gate, ascension, world government, Moses and Elijah, wormhole, Tesla, the return of the two witnesses, Antichrist, Obama logo, sol sender, new dawn, Will Smith, symbol for hope, war is peace, Illuminati speak, messiah, Jewish legend, holy grail, false messiah, CERN, Maya 2012 prophecy, the second coming event, Lewis Ginsberg's legend of the Jews, America the New Atlantis, Moses is Akhenaton, Korah the rebel, COP15 logo, "green fascist dictatorship" and what does climate change mean? Join us in the second hour with William Henry for a very exciting discussion as we talk more about the symbolism of COP15 and what the message behind the symbolism might be. Also we continue speaking about star gate symbolism. William has been traveling to a lot of different places to find various monuments and statues depicting star gates. Who is creating this art and what is the message? Is this an attempt to bring true enlightenment to the world? If so, why are people generally missing the point? We also talk about William’s new book and DVD "Freedom's Gate". Then, we go into details about the Capital Dome in Washington and the Apo-theo-sis of George Washington. We talk about the alchemical symbolism, the painter and the sacred geometry encoded in the design. How does this tie into the destiny of American and is this the beginning or end of the "American Experiment"? Topics Discussed: cold symbolism, purple haze, The Apotheosis of George Washington, The Dome of the Capital, lost symbol, the key to higher consciousness, Robert Langdon, the lost symbol, rainbow symbolism, are they trying to portray George Washington as a kind of messiah?, alchemy, fashe a symbol of fascism or transformation, the new Rome, Mercury (Hermes or Toth) with a bag of gold, the American experiment, the light warriors, Thanksgiving Square, face on Mars, Shiva, the "feared one", "'the destroyer" and much more.

Warning: ‘the Apotheosis is at Hand', World Government is Here

The Norway Spiral: Wormhole of the Angel of the Apotheosis or Russian Missile?

Has Anyone Read the Copenhagen Agreement?

Barack-henaton: The Candidat with the Light Stuff

Freedom's Gate: The Lost Symbols in the U.S. Capitol

Cloak of the Illuminati: William Henry - Stargate Secrets of the Anunnaki 2 DVD Set

The Judgment Day Device2012 Olympics SpecialThe Secret of Sion & The Dwellers at the Center of the GalaxyStargates, Starwalkers & Transhumanism 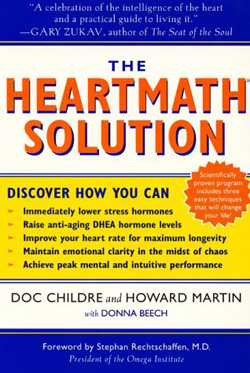