Jan 3, 2012
William Henry is an internationally renowned investigative mythologist. He is the author of sixteen books and numerous DVD programs and is a contributor to The History Channel's popular series, Ancient Aliens. In this interview, we begin talking about 2012. William clarifies the difference between the Aztec Sunstone and the Mayan Calendar. Then, we discuss themes from his new book, THE SECRET OF SION. This book represents the culmination of William's search in Gnostic literature and sacred art that maps the path, called the "Way of Light", which leads to the gate of heaven. He'll talk about a race of stargate time traveling ascended human beings dwelling at the center of our galaxy. William tells us about stargate technology and how our body opens the stargate. He says we are the technology. We also talk about Jesus as an avatar of a race of perfect light humans, the most ancient race of aliens. William mentions a stargate technology "kit" that includes a star crown, mysterious anointing oil and a robe called the beaming garment. We end the hour on the importance of achieving a state of true holiness, the current time of awakening and the goal of our quest to get out of here! In the second hour we discuss if the dwellers of Sion will return in 2012. Will we have a disclosure of sorts? Williams mentions the return of Quetzecoatl, the feathered serpent and explains how he may have been Seraphim, the highest order of angels and not a harmful entity. He also brings up the serpent in the Garden of Eden as also being Seraphim and how serpent symbolism has been demonized. We'll discuss how lines blur in mythology as well as interpretations of what is light, dark, good and bad. Then, we get into the motivations of the remnant survivors dwelling in the center of our galaxy, which William says are on a rescue mission. We talk about a possible cosmic reset event as a saving grace from our creator before we head down the path of a cyber existence. William also tells us which texts he pulled from to create the basis for The Secret of Sion. Later, we talk about Sion/Zion not from the conspiratorial viewpoint of rebuilding Solomon's Temple but instead as the transformation of becoming pure beings.

The Secret of Sion
The Light of Sion
Freedom's Gate: The Lost Symbols in the U.S. Capitol
Morph: the Secret of Light Body Activation
Cloak of the Illuminati: William Henry - Stargate Secrets of the Anunnaki 2 DVD Set 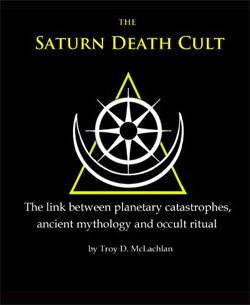