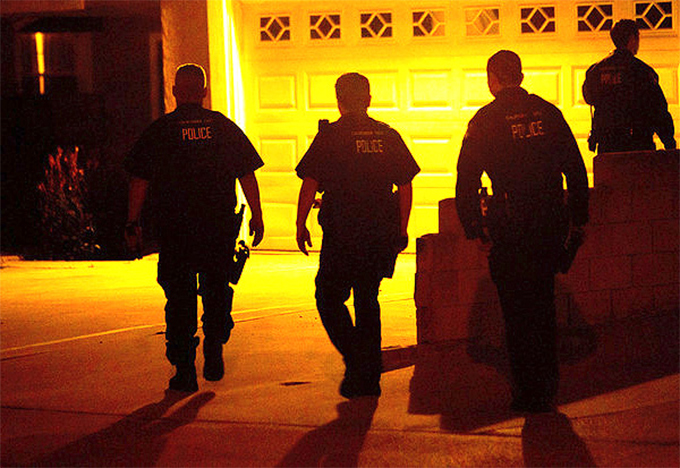 Gun control legislation going into effect in California next week will allow authorities to seize a person’s weapons for 21 days if a judge determines there is potential for violence.

Proposed in the wake of a deadly May 2014 shooting rampage by Elliot Rodger, the bill provides family members with a means of having an emergency “gun violence restraining order” imposed against a loved one if they can convince a judge that this person’s possession of a firearm “poses an immediate and present danger of causing personal injury to himself, herself or another by having in his or her custody or control.”

“The law gives us a vehicle to cause the person to surrender their weapons, to have a time out, if you will,” Los Angeles Police Department Assistant Chief Michael Moore told a local NPR affiliate. “It allows further examination of the person’s mental state.”

“It’s a short duration and it allows for due process,” he said. “It’s an opportunity for mental health professionals to provide an analysis of a person’s mental state.”

Rodger, 22, killed six people and injured 14 others before taking his own life during a wave of attacks across Isla Vista near the campus of the University of California, Santa Barbara, that he carried out with two knives and three handguns that he legally purchased.

The rampage was prefaced by a video uploaded to YouTube of Rodger discussing his plans, as well as a 107,000-word manifesto, both of which were circulated minutes before he began killing.

“This is almost the kind of event that’s impossible to prevent and almost impossible to predict,” Janet Napolitano, the university’s president and a former homeland security secretary, said in the aftermath of Rodger’s ambush.

Twenty months later, implementation of the bill is expected to give family members a mechanism for having loved ones briefly lose access to their own, legally acquired weapons in hopes of stopping similar rampages.

“It’s the family members, it’s the people closest to the perpetrator, who are in the best position to notice red flags,” Wendy Patrick, a San Diego State University professor and lawyer, told San Diego’s CBS affiliate this week.

Second Amendment advocates have cried foul, however, and insist that legislation is not the answer in a state already ripe with gun rules that are more restrictive than most anywhere else in America.

“We don’t need another law to solve this problem,” Sam Paredes, executive director of Gun Owners of California, told The Associated Press. “We think this just misses the mark and may create a situation where law-abiding gun owners are put in jeopardy.”