Oct 20, 2015 Source: express.co.uk
Christians have been ordered by Islamic State radicals to "convert or die" in chilling messages linked to the terror group. 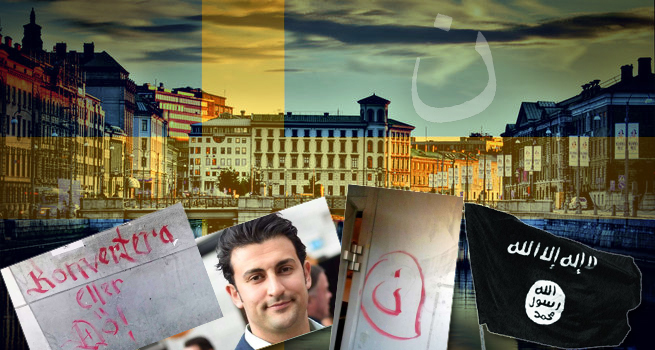 The Assyrian community in Gothenburg, Sweden are being tormented by the threats and police have now launched a probe. 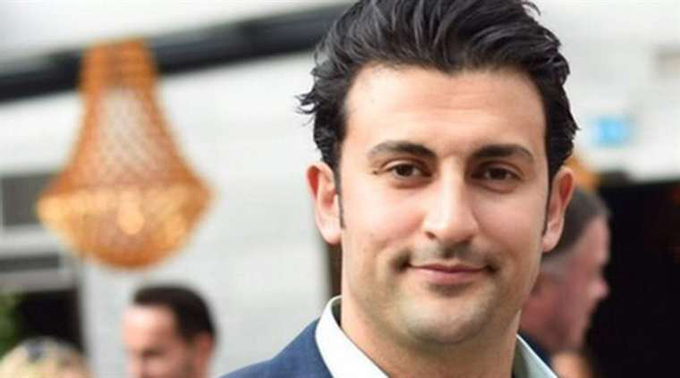 Markus Samuelsson was shocked after radicals covered his restaurant in the city with graffiti this week.

They daubed the terror group's logo alongside the disturbing phrases "convert and die" and "the caliphate is here" over the walls on Tuesday. 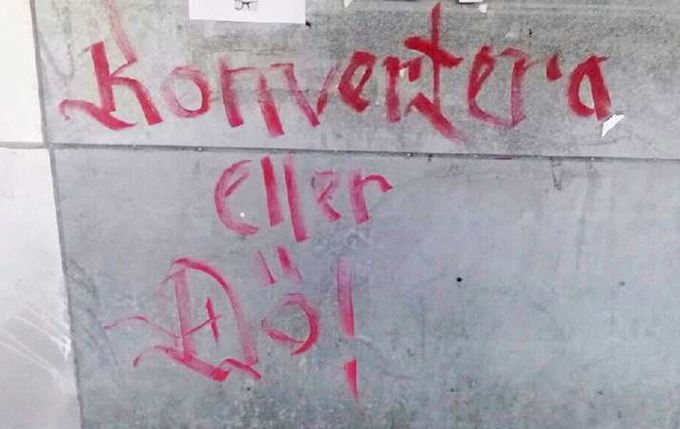 The Arabic letter for 'N' – which has been used to identify Christians and drive them out of their homes by ISIS fighters – was also painted on the restaurant.

Samuelsson, one of the city's 3,000 Assyrian Christians, said: "I felt a sudden chill down my spine. It's terribly painful, we feel threatened."

Gothenburg – in the south-west of the country – is thought to be a hotbed for jihadist recruiting, according to Breitbart London. 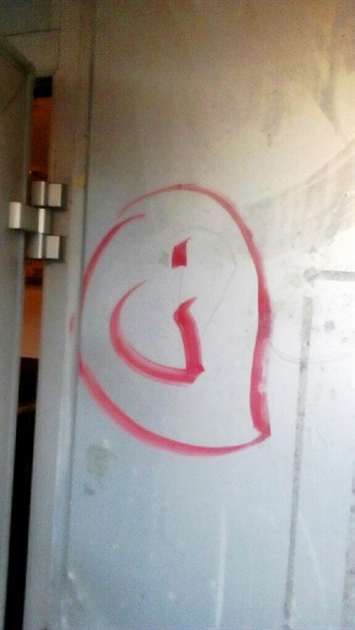 At least 150 people are thought to have left the city, dubbed the "Swedish centre for jihadists", to join ISIS.

And when Swedes return to their homeland after fighting in Syria and Iraq, they are reportedly "coddled with therapy" and "fast-tracked to jobs ahead of native Swedes".

In August ISIS kidnapped 250 Assyrians in Qaryatain, Syria and demolished the St Eliane monastery near the city.

Last month they reportedly shot three dead three in a sick propaganda video during Festival of the Sacrifice, a Muslim holiday.

Other Assyrians appeared in the clip to warn they would suffer the same fate if a ransom of £6million is not paid for their release.