Donald Trump's Daughter Talks About the Joys of Being Jewish 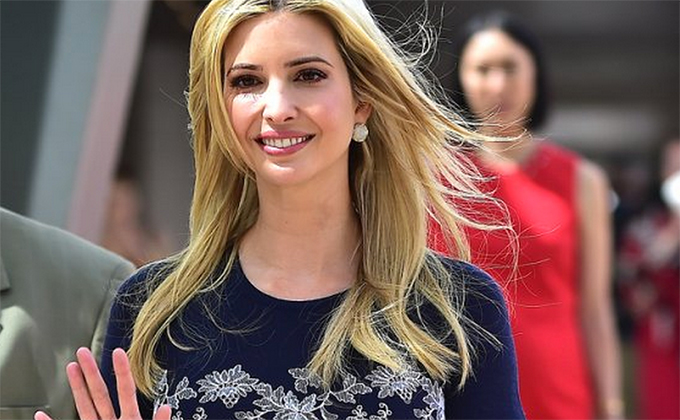 Ivanka Trump, daughter of Donald and Ivana Trump, has opened up before about her conversion to Judaism and how it has improved her family life but in an interview with Vogue magazine published last week, the model turned businesswoman went into detail about their lives saying that she and her husband, Jared Kushner, with whom she has two children, keep Shabbat.

She felt it important to specify this means that they also do not use their phones on Shabbat, something virtually unheard for two moguls such as they.

“We observe the Sabbath,” Trump said. “From Friday to Saturday we don’t do anything but hang out with one another. We don’t make phone calls.”

Trump, 33, usually prefers not to talk about her conversion but it came up during a meeting with reporter Jonathan Van Meter in the Trump SoHo hotel when waiters brought over food, Trump noted, “We don’t eat meat… or, well, we keep kosher.”

Trump continued on to discuss how her life has changed since her 2009 conversion, something she did in order to marry her husband as Kushner’s family are Orthodox Jews. Trump’s father, Donald, is a Presbyterian Christian.

“I just feel like it’s such an intimate thing for us,” said Trump, who is reported to have taken “Yael” as her Hebrew name.

“We’re pretty observant, more than some, less than others,” Trump explained. “It’s been such a great life decision for me. I am very modern, but I’m also a very traditional person, and I think that’s an interesting juxtaposition in how I was raised as well. I really find that with Judaism, it creates an amazing blueprint for family connectivity.”

Not only is Trump an executive in The Trump Organization, but she was also a successful model and now has her own line of fashion shoes and handbags.