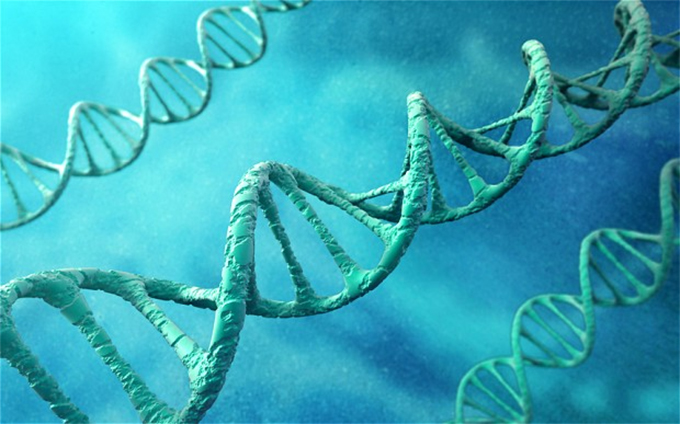 Editas Medicine, which is based in the US, said it plans to become the first lab in the world to ‘genetically edit’ the DNA of patients suffering from a genetic condition – in this case the blinding disorder ‘leber congenital amaurosis’.

The disorder prevents normal function of the retina; the light-sensitive layer of cells at the back of the eye. It appears at birth or in the first months of life and eventually sufferers can go completely blind.

The rare inherited disease is caused by defects in a gene which instructs the creation of a protein that is essential to vision.

But scientists at Editas Medicine in the US believe they can fix the mutated DNA using the ground-breaking gene-editing technology Crispr.

Katrine Bosley, the chief executive of Editas Medicine, told a conference in the US that the company hopes to start trialling the technology on blind patients in 2017.

It would be the first time the technology has been used on humans. Gene editing is currently banned in the US, so the company would need special permission from health regulators.

“It feels fast, but we are going at the pace science allows,” Bosley told the EmTech conference in Cambridge, Massachusetts.

Bacteria carry in their DNA strands of genetic code belonging to viruses so that they can recognise them when they come near. When they spot a virus they release an enzyme which attacks, snipping away this area of code.

Scientists have harnessed this mechanism to use as a kind of ‘molecular scissors’ which removes mutated areas of DNA.

“This seems massively premature... However CRISPR is a hugely exciting technology and it undoubtedly has great potential that is attracting the attention of researchers around the world"

But the technology is controversial because it fundamentally changes a person’s genetic code which can then be passed down to offspring. Critics also worry it could have unintended consequences for other parts of the genome and could lead to designer babies.

In April, China was ordered to ‘rein in’ scientists who had engineered non-viable embryos to modify the gene responsible for the fatal blood disorder thalassaemia.

But Prof Darren Griffin, Professor of Genetics at the University of Kent, said the new treatment offered real hope for people with genetic conditions: “CRISPR technology is offering a range of exciting applications including treatment options for genetic diseases.

“Hereditary eye disease in an obvious place to start given that there is already precedent in classical gene therapy.

“The “engineering the perfect baby” argument is, in my opinion, a red herring when the alternative is children losing their sight.”

According to the MIT Technology Review, patients in the Editas trial would have a ‘soup of viruses’ injected into their eye, loaded with instructions to delete around 1,000 DNA letters from a gene called CEP290 in a patient’s photoreceptor cells.

If successful similar treatments could work for several thousand inherited disorders caused by gene mistakes such as Huntington’s disease and cystic fibrosis.

However some British experts were cautious about the latest announcement, suggesting that two years away seemed too soon for such a huge advancement.

“However CRISPR is a hugely exciting technology and it undoubtedly has great potential that is attracting the attention of researchers around the world.

“If the potential of CRISPR is to be realised then the technology needs to be thoroughly explored through high quality biomedical research that is subjected to ethical approval and peer review. Otherwise there is a risk that families desperate for cures will be vulnerable to plausible offers from over-enthusiastic advocates for the technology.”

Last week Great Ormond Street Hospital and UCL announced they had used genetic editing to created 'designer immune cells' for baby Layla Richards however the genetic cells were cleared from her body within 12 weeks. Under the new trial the change would be permanent and passed down through the germ line.