Former Swedish PM: Sweden belongs to the immigrants – not the Swedes 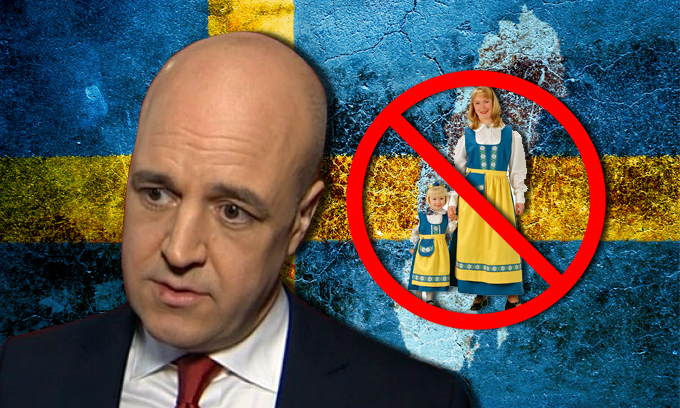 On Christmas eve, the Former Prime Minister of Sweden, Fredrik Reinfeldt, came out with an anti-White rant saying that Sweden belongs to the immigrants who move there, not the Native Swedish.

He also said that Sweden’s borders are fictional and the Native Swedish are “uninteresting”.

“There is a choice of which country Sweden will be,” he told TV4

“Is this a land that is owned by those who have lived here for three or four generations,” he asked, “or is Sweden [a country] where people who come here in mid-life makes it to be and develops it?“

“To me, it is obvious that it should be the latter and that there is a stronger and better society if it will be open [to more immigration].”

He also told TV4 “What is Sweden as a country? Is this a country owned by those who lived here for four generations or those found on any limit?“

“It’s what they [immigrants] do in Sweden that is Sweden.”

In Sweden, if you do not support mass immigration and Swedish areas being deliberately targeted for “diversity“, you are quite literally seen as a “Racist” and “Neo-Nazi” – an enemy to the government.

Despite the danger of holding a differing view on immigration, especially with a new law coming very soon which will criminalize criticism of immigration; many Swedes are waking up, even if they are still to scared to vote for their views.

We often report on White genocide in Sweden because the government (and other authorities) are doing everything they can to make it happen, and silencing any other perspective.