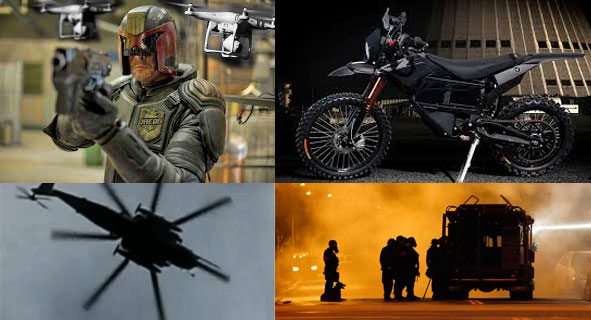 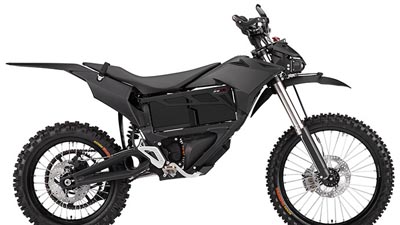 The always-innovating Los Angeles Police Department is testing a potential addition to its fleet of vehicles: a military-grade electric motorcycle.

Designed “exclusively for military use in the US Special Operations Forces,” the Zero MMX runs almost silently and can operate on and off-road for up to 164 miles on a charge, according to a press release by the manufacturer. Capable of traveling in over three feet of water and producing 68 pound-feet of torque, the stealthy vehicle reaches a top speed of 85 MPH.

The LAPD purchased a single unit, intending to use it in a pilot program to evaluate its usefulness. Although not typically associated with treacherous or wilderness terrain, Los Angeles contains large mountainous parks, such as the Angeles National Forest, and also numerous exposed gas lines that traverse rugged areas. Normal patrol vehicles are not able to easily operate on this type of terrain, according to the department’s Off Road Unit Mission.

The motorcycle can also be used in more non-traditional areas.

Producing no exhaust, the vehicle is touted by the manufacturer as able to safely be used indoors.

Defending the decision to pursue unmanned drones to assist in police work, the LAPD - who say they will cooperate with privacy groups on the matter - said the devices are being purchased by citizens, so why not allow law enforcement to use it as well?

Beck responded to criticism of the plans by human rights and privacy groups by explaining that the technology is already “in the hands of private citizens” and corporations, so why shouldn’t law enforcement experiment with the devices as well?

“When retailers start talking about using them to deliver packages, we would be silly not to at least have a discussion of whether we want to use them in law enforcement,” the police chief said.

Late last month, the LAPD received two Draganflyer X6 unmanned drones as a ‘gift’ from the Seattle Police Department, in what seems to have been an effort by the latter to avoid public uproar.

Seattle authorities purchased the UAVs for $82,000 in 2010, funded by grants from the Department of Homeland Security. However, neither the city council nor the public was aware of the police drone program until a 2012 lawsuit by the Electronic Frontier Foundation over the department’s application for operation certificates from the Federal Aviation Administration.

How Obama administration arms police to the teeth with battlefield weapons