German photographer gets arrested, put on trial, for entering Europe illegally with other illegal immigrants 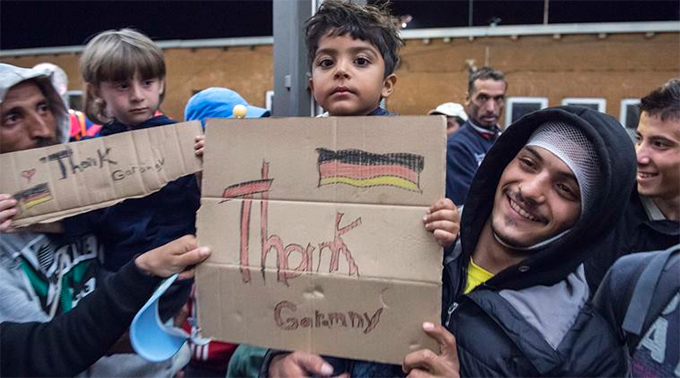 Photographer Felix Kleymann wanted to visually document how immigrants get to Europe illegally. He started from Northern Iraq, traveled through Turkey, and paid smugglers to board a boat bound for the island of Lesbos, Greece.

But when he arrived, he was arrested because he is a European citizen, and had his EU passport on him.

“When we landed in Lesbos, I was arrested immediately” said Kleymann.

“I had illegally entered from a non-European country, as an EU citizen. I was interrogated and locked in a prison cell. The trial was the following day. There I could explain everything and was acquitted.”

“Because of the delay, however, I have lost all my fellow travelers from the boat and have not found them again during my journey.”

I wonder if he has questioned why he, a White European man, was arrested for entering Europe illegally, but the immigrants he was with were not?

Why is it that of the 1.5 million illegal immigrants who have crossed Europe’s borders, very few are actually arrested or taken to court, despite them committing a crime?

To answer this question, we must realize that the people in charge of EU’s borders want an agenda known as White genocide. They themselves would call it “diversity”, but since they only target White areas for this “diversity”, it fits the legal definition of genocide.

Then they tried to absolve themselves of responsibility by not enforcing border laws, and allowing illegal immigrants to pour in – and yet again, people voted even more for alternative parties.

It’s a big conundrum to them. They want White genocide – to “diversify” (destroy) all the White areas by force, but when they do this people vote against them.

So now they are arranging behind-closed-doors deals with Turkey, but just not telling us.