Riot police have fired rubber bullets at protesters as they vandalised a string of H&M’s stores in South Africa and ordered the Swedish brand to stop trading.

Violence spilled over in at least four malls as the latest race row to engulf the Swedish brand escalated.

Mannequins and rails of clothes were sent flying and trampled on by activists as they stormed shops across Johannesburg and demanded the retailer shut its doors or face ‘indefinite’ action.

Innocent shoppers and bystanders were forced to flee as chanting gangs wearing uniforms of the country’s radical opposition party swept through at H&M stores across the city, including Africa’s flagship store in the up-market suburb of Sandton.

Floyd Shivambu, spokesman for the Economic Freedom Fighters party, praised the action, saying the retailer was ‘now facing the consequences for its racism.’

[IMPORTANT NOTICE]: All the stores of that racist retailer @hmsouthafrica are CLOSED. Racism must fall and we will never tip toe around racists. pic.twitter.com/eqmw885k6X

I am so glad the EFF has done this. About time a message is sent to unconcious racists. And if the EFF really wants to make a point they should buy some plane tickets. The H&M uk office was behind it all. And at their level it cannnot be a mistake. pic.twitter.com/1BdTbJEQcW

Earlier this week, H&M was forced to apologise and order a mass withdrawal of stock after publishing an advert depicting a black boy wearing a green hoodie emblazoned with ‘coolest monkey in the jungle’ triggered outrage.

Terry Mango, the mother of the five-year-old featured in the ad, who is originally from Kenya, defended H&M and told its critics to ‘get over it’, later saying she had suffered online abuse for saying so. 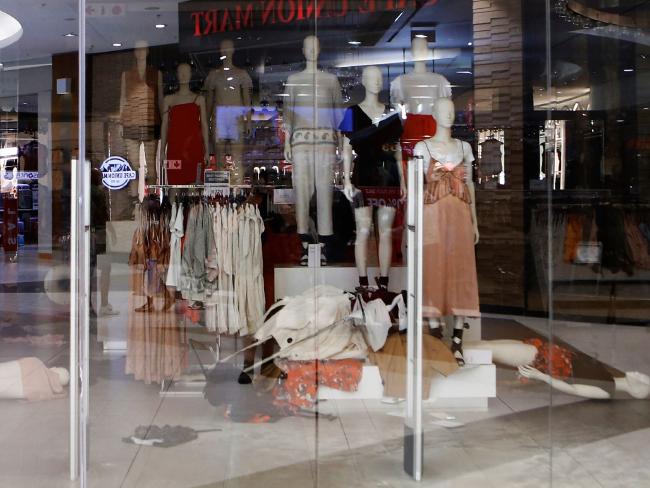 The global retailer, which has 4,500 stores in 62 countries, opened its first store in Africa two years ago and immediately found itself at the centre of a public backlash when it failed to feature any black models in its advertising. 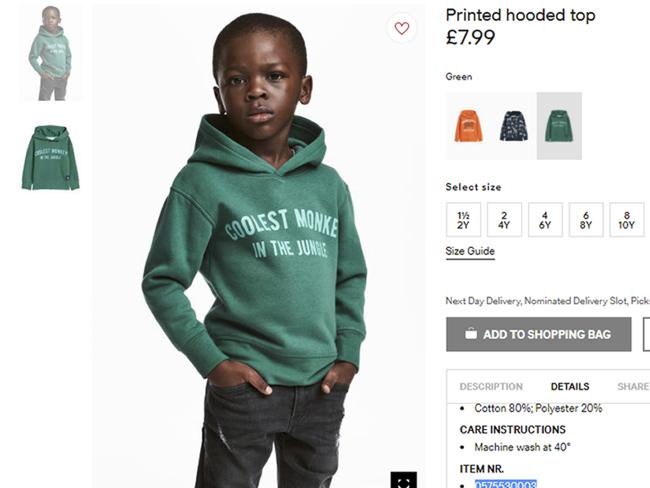 Asked by a South African shopper via twitter why it had only white models to promote its new African shops, H&M replied that “it’s essential for us to convey a positive message” which inflamed the row further, prompting the business to apologise for an offence.

The brand has yet to respond to today’s threats to close, but South Africa’s twitter community appeared divided over the action, which police are attempting to contain.

The wave of the mass store invasions, which had clearly been well organised in advance, began shortly after the stores opened for Saturday trading, with pictures and videos of the chaos lit up social media.

Although many online users across the country welcomed the radical action, other warned that if H&M did abandon the country it would mean hundreds of jobs, mainly held by black people, would be lost.

Others pointed out that the mess and chaos caused would also be left to black workers to clean up.

Editor’s note: Some have attempted to re-work the advertisement to venerate black culture, but as we see in this video, their efforts were in vain. This particular adaptation is reminiscent of the "We Wuz Kangz" meme even though the All Def Nation did not intend it to be a joke.

If video above is cut off. See this link