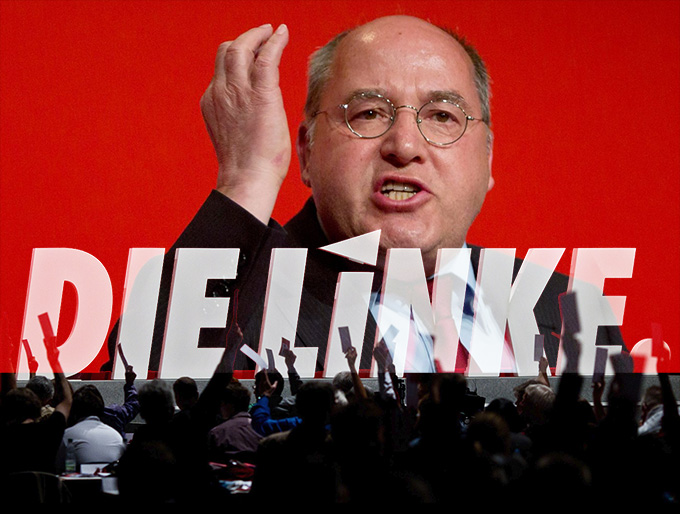 Attorney Gregor Gysi, who is of Jewish ancestry, is the head of Germany's third largest political party, The Left (Die Linke), which emerged in part from the old East German communist party, the Socialist Unity Party of Germany.

In a video urging people to join his protest on June 6th, he said "we have to take a stand against Nazis." What he really is talking about is German people.

He tells Germans "Live better without Nazis, diversity is our future." All of this is happening while Germany is being over-run by immigrants from around the world. Meanwhile ethnic German people who are opposed to mass immigration who are not celebrating their extinction, are naturally accused of being part of a new revived branch of the National Socialist German Workers Party, i.e. "Nazis."

Gysi also said that, "Countries like Poland, who are very Catholic, have to be willing to accept more refugees." They too must accept mass immigration and become a minority in their own country. If not, they too are Nazis.

Gysi ends his pep talk by saying, "Oh and by the way... every year more native Germans die than there are born. This is very fortunate. It's because the Nazis are not very good at having offspring. The decline of Germans is why they are so dependent on immigration from foreign countries."

Here he bundles the two terms together, saying that all Germans are "Nazis."

Can you imagine the outrage if a politician in any Western country said the same about Jews or another non-European group?

“... every year more native Jews die than there are born. This is very fortunate. It's because the Zionists are not very good at having offspring. The decline of Israel is why they are so dependent on immigration from foreign countries."

Or what if someone said:

“... every year more native Nigerians die than there are born. This is very fortunate. It's because the Nigerians are not very good at having offspring. The decline of Nigeria is why they are so dependent on immigration from foreign countries."

Oh and by the way, you'll never hear Gregor Gysi telling Jews that "diversity is the future of Israel." 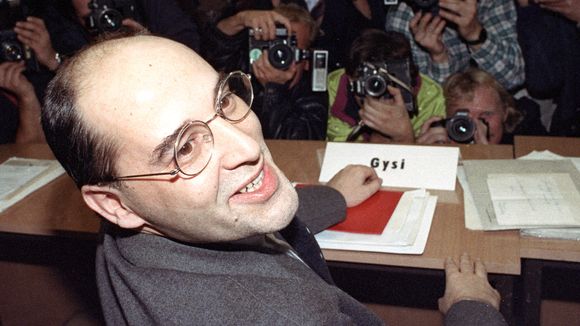 It is nothing new that populations ebb and flow but if more people is truly what Germany needs, there are probably hundreds of thousands of German-Americans who would gladly go live and work in their native German homeland. But according to Gysi, Germans (who are the most industrious people on the planet), are dependent on mass 3rd world immigration so they can "live better."

Live better? Is he talking about the effects of recent immigration into Germany, the issues with German Muslims or how Pro-ISIS mobs have been attacking Kurdish protesters with Machetes and Knives, in Germany. Clearly this is part of the struggle of the German people, to sort out (and pay for) the policing of middle eastern conflicts, within their own borders.

What Gylsi is calling for is German Genocide. A combination of mass immigration, plus forced assimilation would qualify as genocide, as defined by Article II, part (C) of the United Nations Genocide Conventions.

Deliberately inflicting on the group conditions of life calculated to bring about its physical destruction in whole or in part is genocide.

Genocide does not necessarily mean the immediate destruction of a nation. It is intended to signify a coordinated plan of different actions aiming at the destruction of essential foundations of the life of national groups, with the aim of annihilating the groups themselves. The objectives of such a plan would be the disintegration of the political and social institutions, of culture, language, national feelings, religion, and the economic existence of national groups, and the destruction of the personal security, liberty, health, dignity, and even the lives of the individuals belonging to such groups.

Hear it from the mouth of Gregor Gysi:

This is not the first German of Jewish ancestry who has called for the destruction of ethnic Germans through mass immigration and forced assimilation. Extreme Marxist Anetta Kahane also shares Gysi's sentiments but of course this is only being applied by force in White countries.

Just last year the President of the Jewish Community in Oslo charged Norway with being too White.