New students at Pomona College were welcomed to campus with posters in their dorms giving instructions on “How to be a (Better) White Ally” and stating that all white people are racist.

The signs state white people should “acknowledge your privilege” and “apologize if you’ve offended someone,” adding that offensive language includes words like “sassy” and “riot,” which are “racially coded.”

“Everyone is problematic and even the most educated and well-intentioned people will screw up,” the poster states.

“Remember, just because POC [person of color] #1 isn’t offended by something, does not mean that POC #2 will not be offended by it either,” it says.

The poster goes on to states that “social justice is about BOTH elevating oppressed groups and simultaneously unpacking the privilege of dominant groups. These aspects are equally as important!”

Additionally, the sign claims that all white people are racist.

“Understand that you are white, so it is inevitable that you have unconsciously learned racism,” it asserts. “Your unearned advantage must be acknowledged and your racism unlearned.”

Further, the poster claims that white people should “just listen!” rather than explaining their own perspective.

“Comparing a POC’s situation with some experience of your own is not helpful. You do not & can not understand our oppression!” The guide recommends that white people should “listen to a diverse selection of marginalized voices” and notes that “POC will always understand racism in a way that you cannot—you need to listen to them!”

Pomona College had several events last year that white students were not allowed to attend, yet the school’s website states that “Pomona College seeks to maintain an environment of mutual respect among all members of its community” and that discrimination on the basis of race “destroy[s] the foundation for such respect and violate[s] the sense of community vital to the College’s education enterprise.” 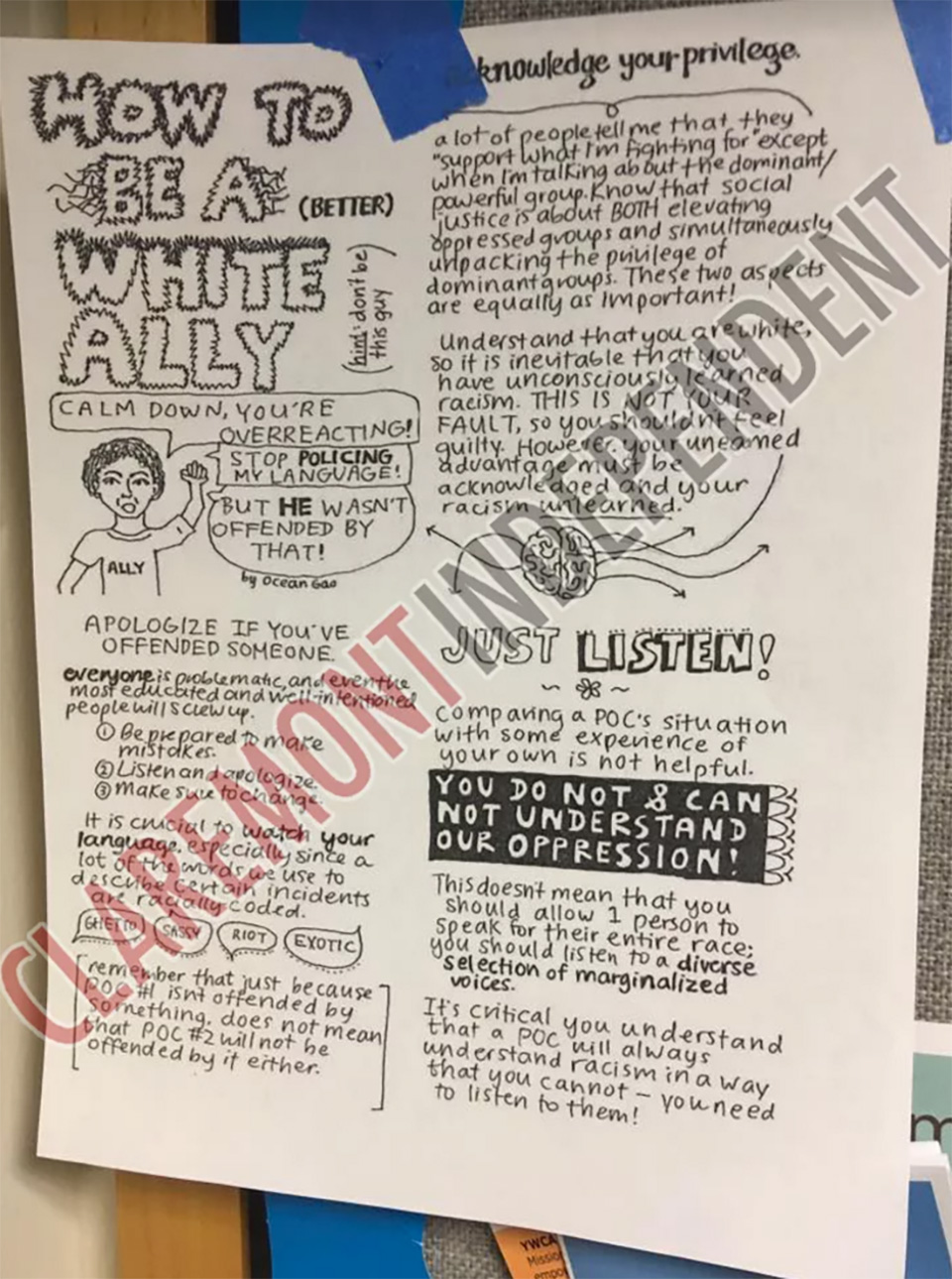