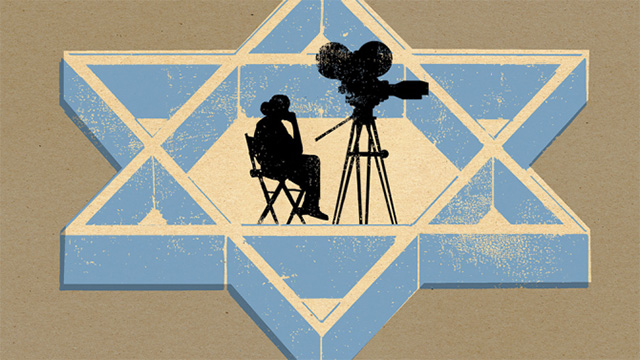 The law, passed by the Knesset (Israeli parliament) early yesterday, drew sharp criticism from journalists who accused the government of trying to suppress dissidents.

The law outlines that broadcasts should "avoid one- sidedness, prejudice, expressing personal opinions, giving grades and affixing labels, ignoring facts or selectively emphasizing them not according to their newsworthiness."

Lawmaker Yisrael Eichler, the proponent of the move, said he based the text on the "Nakdi Document," a part of the IBA (Israel Broadcasting Authority) ethical code since 1972.

"I'm for freedom of expression but no one should be paid with tax money to give one-sided opinions... using a microphone that belongs to the nation," Eichler said.
"It is unthinkable that I, as a taxpayer, am paying someone who incites against my beliefs and views," the lawmaker belonging to right wing ultra-orthodox United Torah Judaism party told the Army Radio.

Science and Technology Minister Ophir Akunis who was tasked with reforming the IBA, expressed support for the move.

Akunis told Channel 2 TV that some journalists critical of the government "aren't being professional and are doing it for political reasons. The critics think they're so smart... a smart person would read the bill."

The change sparked outrage among journalists who expressed concern that it could stifle the IBA broadcasters from exercising their right to free speech.

Channel 1's popular anchor Geula Even-Sa'ar took to Twitter to quote from 19th century British philosopher John Stuart Mill in condemning the new move saying, "The time, it is to be hoped, is gone by, when any defence would be necessary of the 'liberty of the press' as one of the securities against corrupt or tyrannical government."

Israel Radio's midday programme host Esty Perez tweeted, "A democratic state that prohibits by law journalists in public broadcasting to express their opinions is showing weakness and panic that is characteristic of a weak dictatorship. Put me in handcuffs, I expressed an opinion."

Well known diplomatic analyst Chico Menashe called the law "shameful", writing that he hopes the Prime Minister, who is also a communications minister, will make sure it is changed.

The Union of Journalists in Israel called the article an "addition that was snuck in the middle of the night and in the dark," one which is "bizarre and harms democracy... and constitutes inappropriate involvement by legislators."

Editor's Comment: Interesting piece of info: the now famous video interview with Barbara Spectre was actually done by the Israel Broadcasting Authority (IBA). They also vehemently (for a while) when after any YouTube channel that re-uploaded that portion of the interview, for copyright infringement. They have not been able to keep if off YouTube however and you can still view it today.