Israel’s Secret Plan for a "Second Israel" in Ukraine 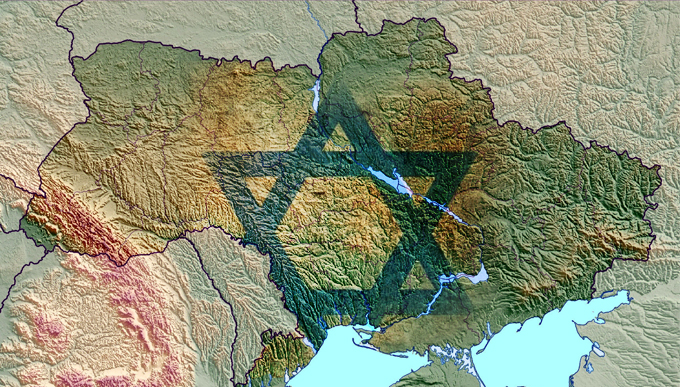 The role of Jewish figures and that of the State of Israel in the Ukrainian crisis has not gone unnoticed considering that this community represents less than 1 percent of the population. However, a secret report in the hands of the Netanyahu administration confirms that Ashkenazi Jews do not originate from the Levant, but are the descendants of the Khazars. This little-known population founded a Jewish empire in the tenth century on the banks of the Black Sea. Therefore, some Zionists see in Ukraine a possible second Israel.

The Times of Israel, an independent Israeli newspaper that counts among its staff a number of former reporters for the Israeli daily Ha’aretz, published a fascinating but largely overlooked story datelined Jerusalem and Zhitomir, Ukraine, March 16, 2014, and which was written by its respective Russian and Ukrainian correspondents, Hirsh Ostropoler and I. Z. Grosser-Spass, citing a secret report provided to the Israeli government . The report, written by a select panel of scholars of Jewish history drawn from academia and other research centers, concluded that that European Jews are in fact descended from Khazars, a war-like Mongol-Tatar group that ruled over Ukraine and southern Russia, which mass-converted to Judaism in the eighth century AD.

Zionists have long argued that the land claimed by Israel was the biblical birthright of the Jewish people who were forced from the land in a so-called «diaspora» after repeated conquests by various empires. Proof that Ashkenazi Jews, which make up a majority of the Israeli Jewish population, have no historical link to Palestine would call into question the entire premise of Israel as the historical «5,000-year old» homeland of the Jewish people.

The Israeli journalists noted that any conversation of the Khazars and modern Israel has always been met with disdain by Israeli leaders. They quote Israeli Prime Minister Golda Meir as once saying, «Khazar, Schmazar. There is no Khazar people. I knew no Khazars. In Kiev. Or Milwaukee. Show me these Khazars of whom you speak». DNA proof that a migratory Khazar population from Europe is now claiming ancient roots in Palestine largely eliminates Zionist claims to the region.

The evidence that eastern and central European Jews have no historical claim to Palestine has resulted in a flurry of activity in Israel and abroad. The Israeli Knesset will soon vote on a bill passed by the Israeli Cabinet that legalizes Israel as a Jewish «national state». Israeli Prime Minister Binyamin Netanyahu, who read the secret report on the Khazars, has declared that «Israel is the Jewish, nationalist state for the Jewish people». With the Ashkenazi claims to Israel tenuous, at best, Netanyahu, his Likud Party, and his Jewish Orthodox and West Bank settler party allies have no other choice but to aggressively stake their nationalist claims to not only Israel but also to the West Bank – which the nationalists refer to as «Judea and Samaria». 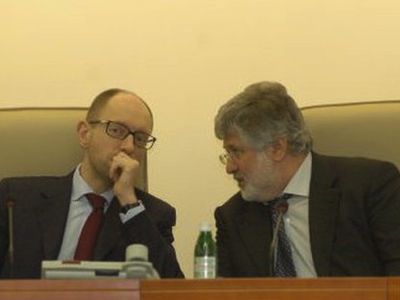 Prime Minister Arseniy Yatsenyuk, OT-6 (Operative Thetan Level 6) within the Church of Scientology, in conversation with Mafia boss Ihor Kolomoyskyi whom he appointed governor of the Dnipropetrovsk Oblast. The latter was involved in the organization of the Odessa massacre on 2 May 2014, with his private army, the 1st Dnipro Battalion. He hired the son of US Vice-President Joe Biden, R. Hunter Biden, plus Secretary of State John Kerry’s support committee chairman, Devon Archer, as board members of his gas holding.
However, some Israelis and Jews abroad are not taking any chances. One of the main reasons why Ukrainian Jewish billionaire tycoon Ihor Kolomoisky, the governor of Ukraine’s Dnipropetrovsk province and citizen of Ukraine, Israel, and Cyprus, is spending tens of millions of dollars on the recruitment of right-wing Ukrainian nationalists and neo-Nazis from other parts of Europe to fight against the Russian-speaking majority in the Donbass region of eastern Ukraine, is a fear that plans to turn Ukraine into a «second Israel» will be derailed. Russia’s protective measures for the Donbass, as well as its incorporation by referendum of Crimea, the latter prized by the resurgent Khazarian Jewish nationalists, threaten the transformation of Ukraine into a second homeland for Ashkenazi Jews who are finding their hold on Israel prime tenuous, at best.

The Times of Israel’s explosive story about the Khazarian roots of the Ashkenazis also revealed that Israel, knowing that a Palestinian state is inevitable considering the increasing pressure for it from Europe, is preparing to resettle Ashkenazi settlers in the West Bank to Ukraine. Israel’s advanced research in genetics resulted in a direct DNA line being established between Israel’s Ashkenazis and the Khazars who were dispersed across eastern and central Europe after Russia conquered the Khazarian Empire in the 11th century.

Israelis and their Zionist allies around the world have always accused proponents of the Khazarian-Ashkenazi genetic connection of deep-rooted anti-Semitism. However, the genetic research contained in the secret Israeli report confirms what Israeli historian Shlomo Sand revealed in his book, «The Invention of the Jewish People». The concept of the Khazarian bloodline was first broached by Hungarian historian Arthur Koestler in his 1976 «The Thirteenth Tribe».

The Times of Israel reporters quoted an unnamed aide to Netanyahu who revealed the plans for Israeli emigration to Ukraine: «We first thought that admitting we are really Khazars was one way to get around [Palestinian President Mahmoud] Abbas’s insistence that no Jew can remain in a Palestinian state. Maybe we were grasping at straws. But when he refused to accept that, it forced us to think about more creative solutions. The Ukrainian invitation for the Jews to return was a godsend. Relocating all the settlers within Israel in a short time would be difficult for reasons of logistics and economics. We certainly don’t want another fashlan like the expulsion of the settlers in the Gaza Hitnatkut [disengagement]».

Ostropoler and Grosser-Spass also quoted an anonymous Israeli intelligence source as saying: «We’re not talking about all the Ashkenazi Jews going back to Ukraine. Obviously that is not practical. The press as usual exaggerates and sensationalizes; this is why we need military censorship».