Jun 19, 2014 Source: jweekly.com
The Israeli government will invest at least $100 million every year of its “own” money (read American taxpayers’ money) into what will eventually be a multi-billion dollar worldwide campaign to prevent “assimilation with non-Jews” amongst non-orthodox Jews, a new article in the Jewish Weekly has revealed. 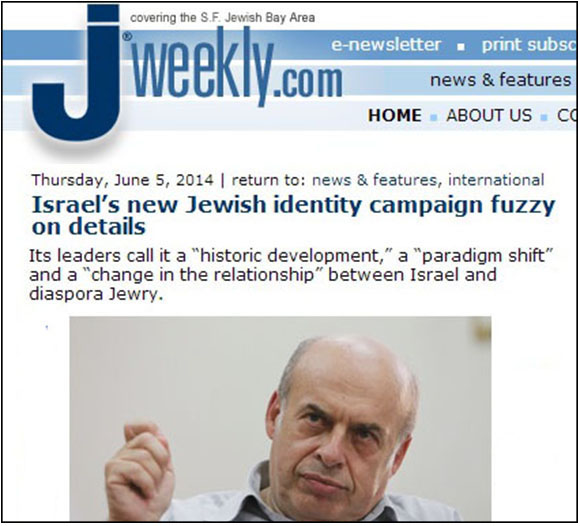 According to the article, which actually complains that the “details are fuzzy,” the “identity campaign” as it is called, is a “historic development,” a “paradigm shift” and a “change in the relationship” between Israel and diaspora Jewry.

Apparently the scheme was conceived last year as a “partnership among the Israeli government, the Jewish Agency for Israel and major diaspora Jewish bodies.”

Its aim, the article says, is to “strengthen diaspora Jewish identity and connections between Israel and Jews worldwide.”

The Israeli government has already voted the first $50 million for the initiative to fund it through to 2017, and “intends to increase the sum to $100 million annually by 2022.”

In addition, the Israeli government wants what the Jewish Weekly calls “diaspora sources”—which it defines as [Jewish] “federations, philanthropic foundations and individual donors” to contribute double those sums for two-thirds of the initiative’s total budget.

“It’s a historic development that the Israeli government has decided to take more responsibility for strengthening the identity of Jewish communities,” said the Jewish Agency’s chairman, Natan Sharansky. “We’re talking about Jewish identity built on a connection to Israel.”

Sharansky said that while Orthodox Jews have ritual observance to keep them engaged in the Jewish community, Israel is the only proven anchor to ensure Jewish identity for non-Orthodox Jews.

“In the non-Orthodox world nothing stops assimilation except connection to Israel,” he said. “In Orthodox communities, awareness of Jewish identity is very high. They live through their faith and Jewish tradition. When you move to others, you find out that this deep feeling of your belonging to this Jewish story and your desire to stay inside of it is becoming thinner and thinner.”

In other words, the purpose of this initiative, according to the head of the Jewish Agency, is to prevent non-orthodox Jews from mixing with non-Jews.

Quite apart from the fact that the American taxpayers give over $3 billion a year to Israel in “foreign aid” (which will pay for this Jews-only scheme several times over), the reader is asked to consider for a minute what this “identity program” actually means.

The best way to understand it is to restate the “initiative’s” purpose, but substitute Europeans, Africans, Asians—or, heaven forbid—Palestinians—with the word “Jew” in the Jewish Weekly report.

Imagine what the Jewish Supremacist reaction would be to an article in a major German newspaper which read as follows:

Or, swap the word “German” for any Gentile nation—African, Asian, or whoever—and then think about what the Jewish Supremacists would say about any state launching an official campaign dedicated to stopping mixing with Jews.

Imagine if the Iranian government enacted such as law!
The Jewish Supremacists in Washington DC would by now demanding a war against what they would describe as the “racist Iran regime”—or worse.
Yet Jewish Supremacists in Israel can not only pass such laws aimed at preventing Jews from mixing with non-Jews, and through their tribal power in Washington DC., the media and the world’s financial institutions, ensure that not a peep of protest is heard from any of their controlled Western governments.

It is the only rule: one law for Jewish Supremacists, and another for the hated goyim.

* A good example of this double-standard at work can be seen in the fact that the chief proponent of this initiative, Nathan Sharansky (illustrated in the Jewish Weekly article above) is lauded in the media as a great “human rights” activist from the former Soviet Union.

Yet he can endorse an overtly anti-Gentile initiative such as the new “Jewish identity” program without being called a “racist”. . . . 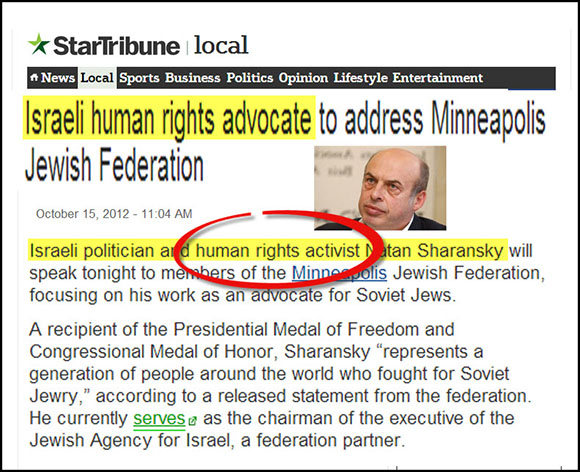 More on this: The Jewish fear of intermarriage