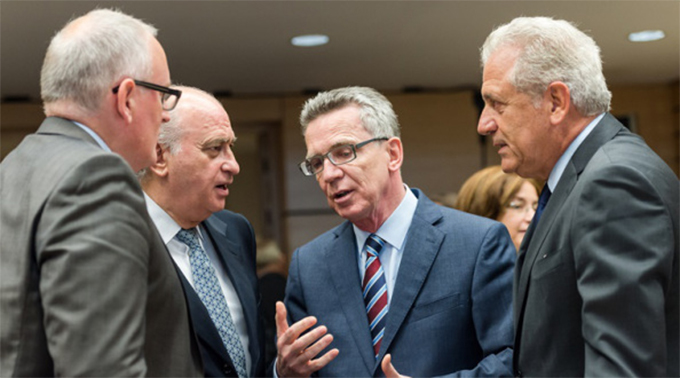 For some time we have been warning that anti-White EU leaders are trying to flood Eastern European, Balkan, and Baltic countries with African and Muslim illegal immigrants.

It’s happened. The EU leaders have finally flipped their lid, and have now decided to force their agenda on native Europeans.

“We would have preferred a consensus,” said Luxembourg Interior Minister, Jean Asselborn, “but we could not reach that, and it is not for want of trying,”

French President Francois Hollande said that if EU countries refuse to obey orders, they will punish them by withholding money financial support.

“The sanctions exist” he said. “So these countries will be putting themselves in a situation where what they are receiving from Europe could be suspended. You cannot ask Europe for support and refuse when Europe asks for solidarity.”

Since when does Holland and his anti-White buddies speak for Europe? Last time I checked, the majority of Europeans were against the tsunamigration – only a tiny minority wanted it.

Everyday, the EU seems to more closely resemble a mafia crime organization that “shakes down” countries that don’t do as they say.

One of the major goals of the EU leaders is for Europeans to be blended with millions of non-White immigrants and reduced to a tiny White minority.

If “diversity” was forced on any other group, it would be exposed as the genocidal scam that it is.

But when mass immigration and “diversity” is forced on White people, only a few brave souls will stand with us and expose the White Genocide.