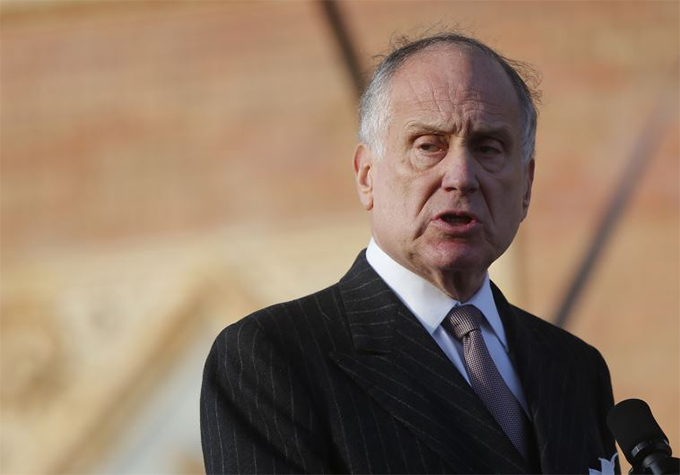 Ronald Lauder - the billionaire philanthropist, heir to the Estee Lauder cosmetics fortune and the president of the World Jewish Congress - angrily denounced the government of Iceland on Friday for failing to mount opposition to the Reykjavik city council's decision to boycott Israeli products.

Lauder, who is known to be a close associate of Prime Minister Benjamin Netanyahu, urged the government of Iceland to make “a dramatic public gesture that will demonstrate to the people of Iceland and the world that these boycotts are wrong and counterproductive.”

The Icelandic capital's city council passed a resolution Tuesday stating the municipality will boycott all products made in Israel, a move blasted in Israel as a “volcano of hate.”

Iceland Magazine reported on its web site that the measure was put forward by Björk Vilhelmsdóttir, a councilwoman with the Social Democratic Alliance, who is retiring from politics.

According to the report, the motion states that the city of Reykjavík will boycott Israeli goods “as long as the occupation of Palestinian territories continues.”

Lauder expressed dissatisfaction over “the silence of Iceland’s political leadership on this important matter.”

“We urge the government of Iceland to act against this boycott," he said in a press released distributed to the media by the WJC. "It is unfair, and it could have negative repercussions for Iceland’s good name on the international stage. We need to know what the official position of the Government of Iceland is in that regard, and what it intends to do about this boycott call.”

Earlier this week, the European Jewish Congress said it was considering legal redress over the city council measure.

“This is clearly a discriminatory move and we have already sought advice that it might break international law and treaties,” said EJC president Moshe Kantor in an email to the press.

“Once again we see one nation, over all others, subjected to a ban and boycott, and we would like to ask those that sought this boycott if it is a mere coincidence that this nation also happens to be only Jewish nation in the world.

“Many have stated that they will start with Israel and then explore other situations, and none has ever gone beyond Israel,” he continued, calling the decision a “case of discrimination, warped hatred and singling out of one nation in the world for opprobrium.”

“It is time for the Jewish world to fight back and let these people understand that hatred and discrimination cannot come without ramifications. There are laws and procedures which should protect a people or a nation from such moves and we will be carefully studying all possible avenues to fight this legally.”