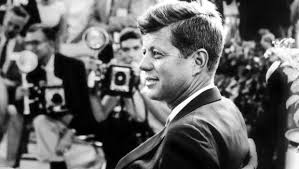 Almost everything we know about the assassination of John F. Kennedy has been planted in our minds over years of mainstream media (MSM) programming. Virtually every theory advanced has been either conjured up or promoted by those who control the MSM. Therefore, just like all the false leads which were published during November of 1963, much of this ‘official’ information is highly suspect.

However, as far as the much more expansive JFK assassination coverup is concerned, many of those accused parties had either a direct or indirect hand. No matter what the degree of participation, a conspiracy of silence is always the most deafening. And always the most successful over the long term.

MO of the JFK Assassination

The most obvious hallmark of the ‘execution’ of the assassination plot is that it was a classic CIA implementation plan. Whoever it was necessary to directly involve in the conspiracy to murder JFK was inserted into this extremely compartmentalized operation, and done so on a strictly need-to-know basis. This same modus operandi applies to the coverup as well.

Therefore, it can be stated with absolute certainty, that certain elements within the CIA, Secret Service, FBI and Dallas Police Department had to have had a direct hand in both the assassination plot and following coverup. Over the course of time, there were other law enforcement agencies which were drawn into the coverup phase by necessity. All law enforcement agencies are run according to military-style pyramidal hierarchies, so it was very easy for them to control the flow of information over the many intervening decades.

Lyndon B. Johnson had both the motive and the power.

There is no question that Lyndon Baines Johnson (LBJ) had both the incentive and the position of power to ensure a relatively seamless operation. He also enjoyed the protection and influence of the southern good-ole-boy network. Both Big Oil and the Military-Industrial Complex money stood squarely behind him. So did the entire Texas political machine. After all, isn’t that why Dallas why chosen as the site of the very public execution. Simply put, LBJ and his many cronies had “the whole place wired” right down to Dealey Plaza and the Texas School Book Depository.

It was common knowledge at the time of John Kennedy’s election that LBJ was chosen as Vice President only because of his political prowess in Congress and his ability to deliver Texas. However, what is less well known is that the level of animosity between the Kennedy and Johnson camps was as intense as it was toxic with a capital “T”. The personal animosities likewise ran so deep that many wondered how the sentiments would play out in the day-to-day outworking of the Kennedy Administration.

Quite unfortunately, the disdain that each side had for each other fed the silent participation in the JFK assassination as much as it did the subsequent coverup. Which is exactly how this whole sordid scenario played out from beginning to end. It is also how many other rogue elements were co-opted or associated with the assassination, whether there was any involvement or not.