After 89 years on Earth, Sister Catherine Rose Holzman looked into a camera on Friday and addressed what would turn out to be some of her last words to Katy Perry, the pop star.

"Katy Perry, please stop," the nun said on Fox 11 in Los Angeles. Please stop trying to buy the Sisters of the Immaculate Heart of Mary's convent, even though the nuns had gone to court to block the sale.

"It's not doing anyone any good," Holzman said, then walked into a courtroom, collapsed and died.

The sisters have owned the sprawling Roman-villa style convent for 40 years, the Associated Press reported. Only a small handful of nuns were still alive when they vacated the complex several years ago, as the diocese looked for someone to buy it.

That someone was Perry - known for her hit "I Kissed a Girl," among other things. The nuns did not approve.

Claiming that the sisters, not the Vatican, had rights to the Los Feliz convent, Callanan and Hollister signed a contract with someone else. They agreed to sell the property to a restaurateur who promised to keep the convent open to the public - and pay $1 million more than the $14.5 million Perry was offering. 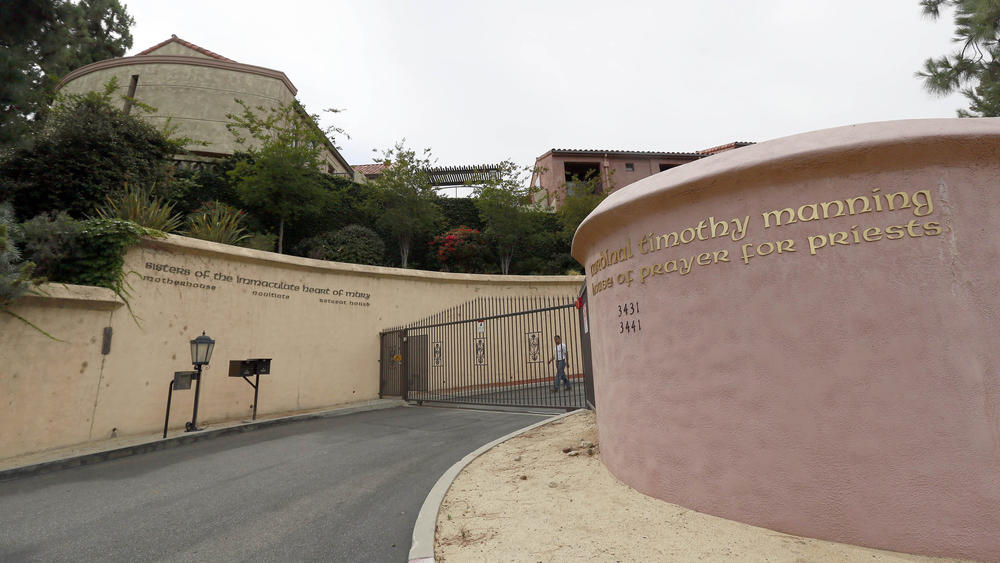 It was "a better deal," Holzman told Fox 11 that year. "We'd control the money. [The archbishop] would get what he wanted, eventually."

Instead, the archdiocese took the sisters to court, and in 2016 won the right to sell to Perry.

The next year, Fox 11 reported, the restaurateur was convicted of malice and fraud and ordered to pay the archdiocese millions in damages for trying to interfere with the sale.

So Callanan and Holzman accompanied the restaurateur to bankruptcy court on Friday - as a show of support.

"We asked her to save us," Holzman told the cameras outside the courthouse. The nuns had accepted that the legal system would not save their convent from being sold to a pop star, so they pleaded with the Vatican and Perry herself to take mercy.

Then they stood up and walked inside the courtroom, and only one came out.