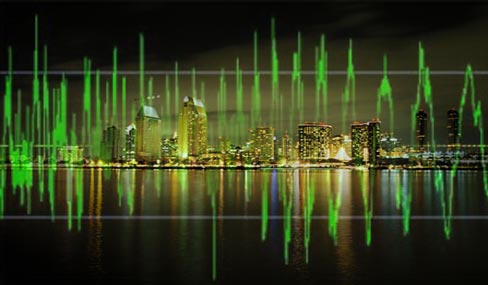 Monday afternoon a sound so tremendous exploded so loudly that homes were thrown into chaos as residents prepared for a tremendous earthquake that never happened. Authorities reported that the mysterious disturbance was soon followed by a rush of frantic 911 calls asking what the disturbance was. But it was only the beginning of a mystery that would soon gain much momentum as time went by.

The mysterious explosion had a wide area, as reports poured in from shaken witnesses all along the southwestern edge of California all the way from Chula Vista to Poway almost forty miles away. The tremendous sound simultaneously disturbed several counties worth of frightened residents, sparking a hurried investigation that ran across several counties. Maurice Luque, spokesman for the SDFD, said emergency alarms were tripped and fire-trucks were relocated outside of their garages in an effort to stop buildings from collapsing on them in the event that the boom was the result of the much feared “big one” earthquake dreaded to hit California for a long time. Fortunately, the boom didn’t result in any real appreciable damage aside from the mental well-being of those who witnessed it.

Interestingly, this isn’t the first time an unexplainable boom of tremendous proportions has happened in San Diego County. A similar sound erupted in the morning air on April 4, 2006 when a mysterious boom rocked residents out of bed who immediately began likewise preparing for an Earthquake. As the sound dissipated, however, they soon realized no unusual seismic activity had been recorded and soon the investigation was undertaken by scientists at the Scripps Institution of Oceanography in La Jolla. And that’s when the plot really started to thicken on this unusual case.

They soon found, as they studied more than a dozen seismometers, that the source of the sound was likely 120 miles west of San Diego in the Pacific Ocean. But what could possibly be 120 miles out into the ocean west of the west coast? Interestingly, the exact point of origin suspected is also an area commonly used by the military for training. So was it a military exercise? Impossible, say military authorities who claim no exercises were scheduled for Monday afternoon. What does that leave us with? Quite a mystery. Booms of unknown origin have also been reported as recently as March 20th of this year, in Georgia’s Aiken county when in the early morning hours a mysterious boom spanned several counties. The source was never discovered.

Could it have been a clandestine military training exercise? If so, why select a spot so close to the shore to perform it when such acoustic magnitude is involved? It seems almost as though the sound could have been greatly diffused if the exercise were moved only a hundred miles further west and then would have maintained its secrecy. Could it have been a massive meteor entering the atmosphere at tremendous speeds creating a sonic boom? Increased supersonic meteors falling on the Earth are no mundane explanation as an increase in them could potentially be evidence of an increased threat. To the contrary, despite the increased offer of this explanation for sound phenomenon all across the world, there has been no marked increase of observed meteor falls. The mystery only deepens.