Feb 9, 2015 By Henrik Palmgren | redice.tv
In the novel Nineteen Eighty-Four by George Orwell the protagonist Winston Smith, a member of the Outer Party, works in the Records Department of the Ministry of Truth as an editor, revising historical records, to make the past conform to the ever-changing party line and deleting references to unpersons, people who have been "vaporised", i.e. not only killed by the state but denied existence even in history or memory. 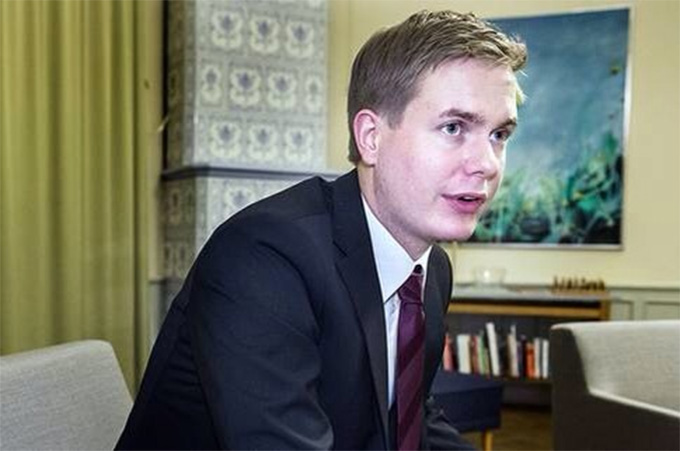 Not a student; this is a recent pic of the education minister of Sweden, Gustav Fridolin.

As the Swedish school system continues its steep Kamikaze-dive into the bedrock, the new education minister Gustav Fridolin made a solemn vow to the voters that if elected, he would fix the Swedish schools in his first 100 days in office.

Those 100 days are now passed, and he failed miserably.

But he doesn’t want to talk about that, because now he believes that he has found the key issue that is to blame for all of Sweden’s educational problems: There are not enough female historical figures in the school books! Yes! It is the endless parade of kings, male inventors and social leaders that are corrupting the poor childrens’ brains and making them drop like rocks in the annual PISA rankings!

Now, of course historical figures like Marie Curie, Cleopatra, Margaret Thatcher, Amelia Earhart and so on should get their well-deserved time in the spotlight. But since society has been largely male-dominated for millennia, there just so happen to be more males taking leadership positions and generally sticking out from the crowd than women. Consider Jean of Arc, who challenged the norm and got burned at the stake for the trouble. Stuff like that kind of discourages others from making waves.

So, even if every person in the book got the exact same allotted amount of text, the males would still come out ahead. Historical facts are kind of troublesome that way.

Fortunately, this is no issue for a determined politician. So education minister Fridolin summoned representatives from the leading publishers of school books to his office, where he made it clear that future books will be “gender balanced”.

As the primary customer of the publishers, the representatives were bending over backwards to accomodate Fridolin’s bold new vision.

“The gender issue is very important and we want to establish a productive dialogue with the National Agency for Education about this!” quipped Åsa Steholt, CEO of publishing house Gleerup after the meeting. The other participants who spoke to the press afterwards shared the same general sentiment.

“The authorities need to be more involved in the control and development of teaching materials,” said Gustav Fridolin after the meeting.

Funny thing, that. I always associated politically motivated history revisionism with other forms of government than democracy.

Oh well, I guess the little tykes will get most of it right, even if they might seem odd to non-Swedes when they speak about Napoleonette and Miss Churchill later in life.

Meanwhile, the scholastic race to the bottom continues unabated. Fellow blogger Swedish Surveyor has more on this. 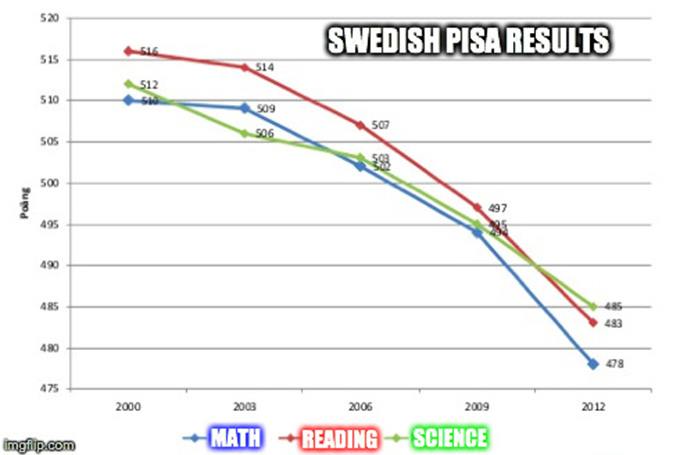