Now Spotify is in the business of political censorship 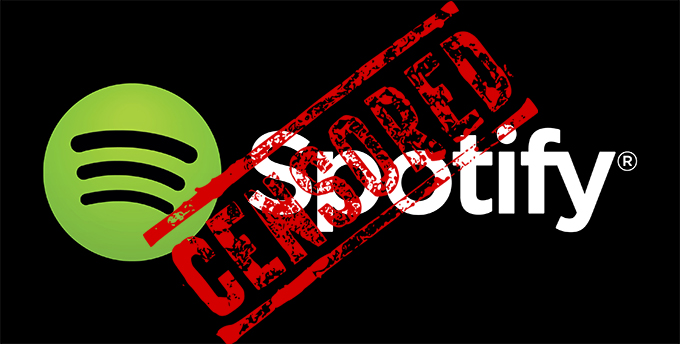 It wasn't too long ago when I was being dragged away to prison in retaliation for lawful speech. Which is why that the above lyrics, from "Thought Control" by the Bully Boys, speak to me so much. It's a fantastic song about a nightmarish police state, in which the speech of all citizens is controlled by central authorities:

The system's old and the system's controlled
They don't want you to know it so they don't let it show
Hide all the truth and they remake the past
Keep the people confused with opinions, not facts

Because of my life circumstances, these lyrics hit especially hard for me. That's why, after I got out of prison, I looked up this song on Spotify and added it to my saved tracks. Because of this, I can right-click it and show you that there's still a song URL for this on Spotify.

Today, I might be the only person on earth that can stream this song from Spotify. They've disabled newcomers from playing it and every band like it. Anything anti-state with a nationalist bent is gone. Hundreds of RAC bands with similar lyrical content that I have listened to via Spotify have disappeared along with it. While you can click the URL above, it will not let you add the track to your playlists or play it. Only if you have already added it to your songs will you still be able to stream, like I am doing in this screenshot: 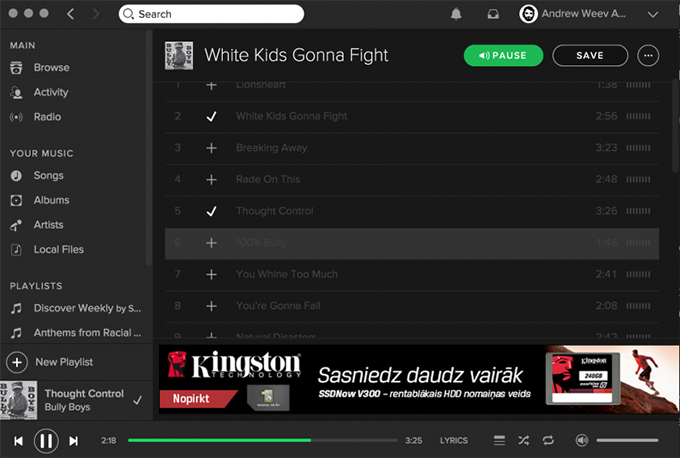 Spotify has engaged in an Orwellian kind of censorship with a level of irony here that can only bring to mind the incident where Orwell's 1984 and Animal Farm themselves were remotely deleted from thousands of Kindle devices.

This is the song those who control Spotify don't want you to hear. Check it out.


Today if you search for Bully Boys on Spotify, instead of a political treatise about the corrupting influence of state control, you get a electro/hiphop from a new act of the same name glorifying drug use and promiscuous sex. I wonder if this says anything about the current velocity of our civilization, and if anything should be done about this. Actually, I think the last verse of "Thought Control" contains a good outline of what is going to happen to those who have architected situations like these in the future:

The lost truths, they dont change

And their power won't last

We'll free our people from the yokes of their lies

And revenge will be hell for the ones we despise!