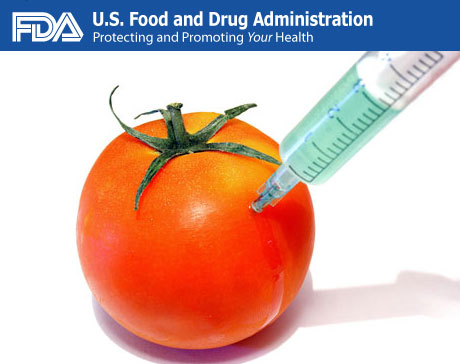 Biotech "Yes Men" on Obama's team threaten to expand the use of dangerous genetically modified (GM) foods in our diets. Instead of giving us change and hope, they may prolong the hypnotic "group think" that has been institutionalized over three previous administrations--where critical analysis was abandoned in favor of irrational devotion to this risky new technology.

"It was almost immoral to say that [biotechnology] wasn't good, because it was going to solve the problems of the human race and feed the hungry and clothe the naked. . . . If you're against it, you're Luddites, you're stupid. That, frankly, was the side our government was on. . . . You felt like you were almost an alien, disloyal, by trying to present an open-minded view"

When Glickman dared to question the lax regulations on GM food, he said he "got slapped around a little bit by not only the industry, but also some of the people even in the administration."

· The industry boasts that GMOs reduce herbicide use; USDA data show that the opposite is true.

· We hear that GMOs increase yield and farmer profit; but USDA and independent studies show an average reduction in yield and no improved bottom line for farmers.

· George H. W. Bush fast-tracked GMOs to increase US exports; now the government spends an additional $3-$5 billion per year to prop up prices of the GM crops no one wants.

· Advocates continue to repeat that GMOs are needed to feed the world; now the prestigious International Assessment of Agricultural Knowledge, Science and Technology for Development has joined a long list of experts who flatly reject GMOs as the answer to hunger.

Food Safety Lies
Of all the myths about GMOs, the most dangerous is that they are safe. This formed the hollow basis of the FDA's 1992 GMO policy, which stated:

"The agency is not aware of any information showing that foods derived by these new methods differ from other foods in any meaningful or uniform way."

The sentence is complete fiction. At the time it was written, there was overwhelming consensus among the FDA's own scientists that GM foods were substantially different, and could create unpredictable, unsafe, and hard-to-detect allergens, toxins, diseases, and nutritional problems. They had urged the political appointees in charge to require long-term safety studies, including human studies, to protect the public.

Their concerns stayed hidden until 1999, when 44,000 pages of internal FDA memos and reports were made public due to a lawsuit. According to public interest attorney Stephen Druker, the documents showed how their warnings and "references to the unintended negative effects" of genetic engineering "were progressively deleted from drafts of the policy statement," in spite of scientists' protests.

"What has happened to the scientific elements of this document?" wrote FDA microbiologist Louis Pribyl, after reviewing the latest rewrite of the policy. "It will look like and probably be just a political document. . . . It reads very pro-industry, especially in the area of unintended effects." 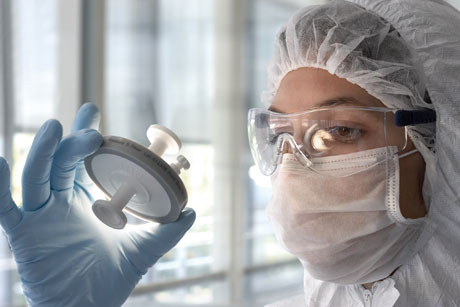 Who flooded the market with dangerous GMOs
Thanks to the FDA's "promote biotech" policy, perilously few safety studies and investigations have been conducted on GMOs. Those that have, including two government studies from Austria and Italy published just last month, demonstrate that the concerns by FDA scientists should have been heeded. GMOs have been linked to toxic and allergic reactions in humans, sick, sterile, and dead livestock, and damage to virtually every organ studied in lab animals. GMOs are unsafe.

At the highest level, the responsibility for this disregard of science and consumer safety lies with the first Bush White House, which had ordered the FDA to promote the biotechnology industry and get GM foods on the market quickly. To accomplish this White House directive, the FDA created a position for Michael Taylor. As the FDA's new Deputy Commissioner of Policy, he oversaw the creation of GMO policy.

Taylor was formerly the outside attorney for the biotech giant Monsanto, and later became their vice president. He had also been the counsel for the International Food Biotechnology Council (IFBC), for whom he drafted a model of government policy designed to rush GMOs onto the market with no significant regulations. The final FDA policy that he oversaw, which did not require any safety tests or labeling, closely resembled the model he had drafted for the IFBC.

Michael Taylor is on the Obama transition team.

As more and more consumers here learn about the health risks of the drug, they shift their purchases to brands that voluntarily label their products as not using rbGH. Consumer rejection of rbGH hit a tipping point a couple of years ago, and since then it has been kicked out of milk from Wal-Mart, Starbucks, Kroger, Subway, and at least 40 of the top 100 dairies. In 2007, Monsanto desperately tried to reverse the trend by asking the FDA and FTC to make it illegal for dairies to label their products as free from rbGH. Both agencies flatly refused the company's request.

But Monsanto turned to an ally, Dennis Wolff, the Pennsylvania Secretary of Agriculture. Wolff used his position to single-handedly declare rbGH-free labels illegal in his state. Such a policy would make it impossible for national dairy brands to declare their products rbGH-free, since they couldn't change packaging just for Pennsylvania. Wolff's audacious move so infuriated citizens around the nation, the outpouring caused the governor to step in and stop the prohibition before it took effect.

Dennis Wolff, according to unbossed.com, is being considered for Obama's USDA Secretary.

Although Pennsylvania did not ultimately ban rbGH-free labels, they did decide to require companies who use the labels to also include a disclaimer sentence on the package, stating that the according to the FDA there is no difference between milk from cows treated with rbGH and those not treated. In reality, this sentence contradicts the FDA's own scientists. (Is this sounding all too familiar?) Even according to Monsanto's own studies, milk from treated cows has more pus, antibiotics, bovine growth hormone, and IGF-1. Blatantly ignoring the data, a top FDA bureaucrat wrote a "white paper" urging companies that labeled products as rbGH-free to also use that disclaimer on their packaging. The bureaucrat was Michael Taylor.

Betting on biotech is "Bad-idea virus"
For several years, politicians around the US were offering money and tax-breaks to bring biotech companies into their city or state. But according to Joseph Cortright, an Oregon economist who co-wrote a 2004 report on this trend, "This notion that you lure biotech to your community to save its economy is laughable. This is a bad-idea virus that has swept through governors, mayors and economic development officials."
One politician who caught a bad case of the bad-idea virus was Tom Vilsack, Iowa's governor from 1998-2006. He was co-creator and chair of the Governors' Biotechnology Partnership in 2000 and in 2001 the Biotech Industry Organization named him BIO Governor of the Year.

Tom Vilsack was considered a front runner for Obama's USDA secretary. Perhaps the outcry prompted by Vilsack's biotech connections was the reason for his name being withdrawn.

Change, Truth, Hope
I don't know Barack Obama's position on GMOs. According to a November 23rd Des Moines Register article, "Obama, like Bush, may be Ag biotech ally", there are clues that he has not been able to see past the biotech lobbyist's full court spin.

- His top scientific advisers during the campaign included Sharon Long, a former board member of the biotech giant Monsanto Co., and Harold Varmus, a Nobel laureate who co-chaired a key study of genetically engineered crops by the National Academy of Sciences back in 2000. - [Obama] said biotech crops "have provided enormous benence "that we can continue to modify plants safely."

On the other hand, Obama may have a sense how pathetic US GMO regulations are, since he indicated that he wants "stringent tests for environmental and health effects" and "stronger regulatory oversight guided by the best available scientific advice."

There is, however, one unambiguous and clear promise that separates Obama from his Bush and Clinton predecessors.

Favored by 9 out of 10 Americans, labeling is long overdue and is certainly cause for celebration.

(I am told that now Michael Taylor also favors both mandatory labeling and testing of GMOs. Good going Michael; but your timing is a bit off.)