A picture of one of the organizers for the DC Women’s March is making the rounds on social media.

Hundreds of thousands of mostly female protesters participated in a ‘Women’s March’ in D.C. on Saturday.

As noted previously, one of the organizers, Linda Sarsour is a Pro-Palestine Muslim activist. 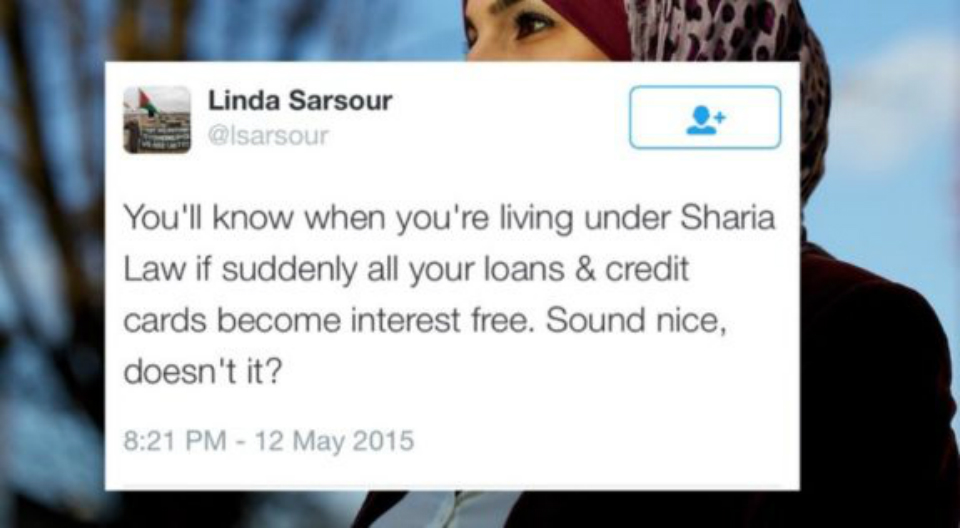 She also advocates for Sharia Law in America and has ties to terrorist organization, Hamas.

Linda Sarsour is very vocal about her support for Palestine and her utter hatred for Israel. She has ties to the terrorist organization, Hamas as the Daily Caller reports:

Linda Sarsour, one of the organizers behind Saturday’s Women’s March, being held in Washington, D.C., was recently spotted at a large Muslim convention in Chicago posing for pictures with an accused financier for Hamas, the terrorist group.

Sarsour, the head of the Arab American Association of New York and an Obama White House “Champion of Change,” was speaking at last month’s 15th annual convention of the Muslim American Society and Islamic Circle of North America.

While there, she posed for a picture with Salah Sarsour, a member of the Islamic Society of Milwaukee and former Hamas operative who was jailed in Israel in the 1990s because of his alleged work for the terrorist group.

Linda Sarsour is very active on Twitter. She is pro Sharia law and a couple of her tweets even have a seditious tone to them where she romanticizes Sharia law and hints at it taking over America whereby we would have interest free loans.

The fact that an Islamic faction was one of the organizers of the Women’s March is laughable at best. Islam is responsible for the worst abuses of women and children not only throughout history, but at present day. Islamic supremacists who wish to impose Sharia law in America have infiltrated various leftist movements in order to appear as an oppressed minority.