Jesse Hughes of Eagles of Death Metal. Hughes was scheduled to perform, Friday, Nov. 13, 2015, with the band at the Bataclan concert hall in Paris.

Eagles of Death Metal, the US band performing at theater when the attacks began, played in Tel Aviv’s Barby club in July

French magazine Le Point said early Saturday that the Bataclan theater, targeted in Friday night’s Paris terror attacks, has for years been the target of anti-Zionist groups as its Jewish owners often put on pro-Israel events. (The Jewish owners actually sold the theater in September, it emerged on Saturday.) 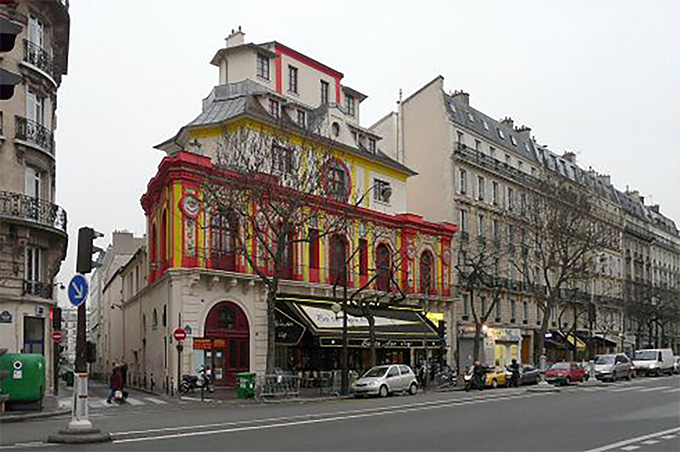 The publication quoted a member of the extremist group Army of Islam, who told French security services in 2011 that, “We had planned an attack against the Bataclan because its owners are Jews.”

The Eagles of Death Metal, the band performing at the theater when the attacks began, played in Tel Aviv’s Barby club in July. 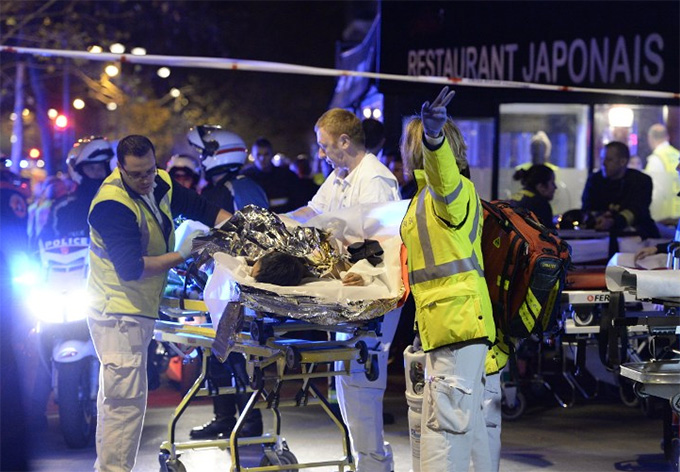 Rescuers evacuate an injured person near the Bataclan concert hall in central Paris, early on November 14, 2015.

Dozens of people were killed in the eastern Paris venue on Friday night.

All members of the California-based band are safe and have been accounted for, a US official briefed by the Justice Department said early Saturday.

Earlier Friday, management for the band had said they were “trying to determine the safety and whereabouts” of the band and its crew.

“They saw a man with a machine gun just opening fire,” Dorio’s brother Michael Dorio told the newspaper. Michael Dorio said his brother told him band members hit the floor when they spotted the gunmen, then ran out a backstage door.

They dashed to a nearby police station, where Julian Dorio borrowed someone’s cellphone to call his family in Atlanta, Michael Dorio said. 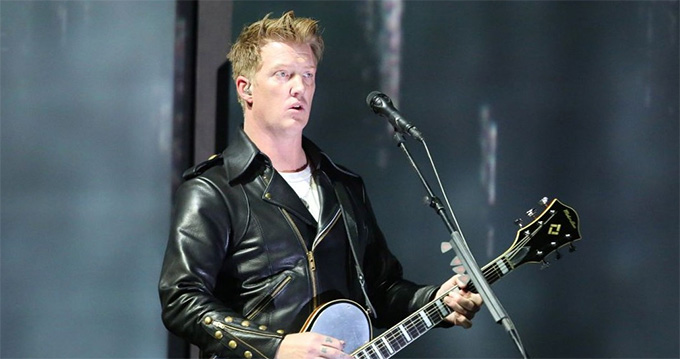 Joshua Homme of band Eagles of Death Metal, whose band was to perform at the Bataclan venue in Paris on November 13, 2015.

Josh Homme, one of the founders of the band and the leader of another popular group, Queens of the Stone Age, was not performing in Paris with Eagles of Death Metal, according to a publicist for the Eagles’ record label.

Their website lists about two dozen dates planned for the year, including stops in Munich, Stockholm, Rome and Barcelona.

In an interview in June with The Associated Press, the band spoke excitedly about releasing new music and heading on tour.

“You know, I’m telling you the truth, but this is the coolest job in the world,” Hughes said, sitting next to Homme. “Right now I’m sitting in an interview with my best friend in London at Koko’s Ballroom talking about myself. It doesn’t really get much better than this!”