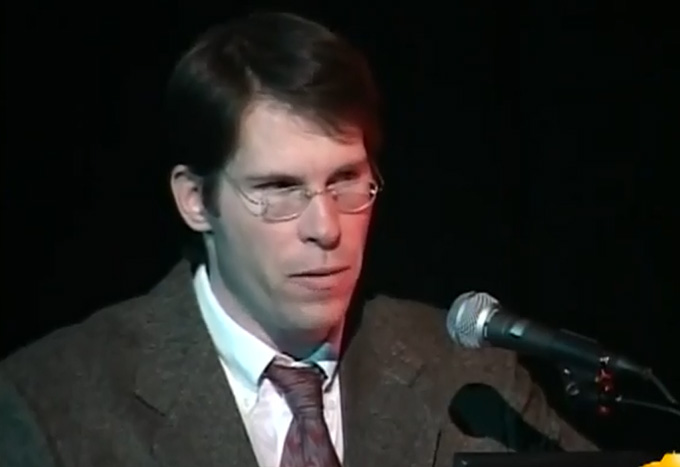 It’s with great sadness that I inform you that author and briliant symbologist David Flynn passed away on January 22nd, 2012.

David Flynn was the author of the bestseller "Temple at the Center of Time: Newton’s Bible Codex Finally Deciphered and the Year 2012". Many have praised this fascinating book which discloses, among other things, knowledge which was sought after by freemasons & secret societies, and an in depth study of the topic which obsessed Sir Isaac Newton -- time and space -- in particular, the end times and prophecy fulfilled on Earth. He is also the author of "Cydonia: the Secret Chronicles of Mars".

David was a guest on Red Ice Radio June 22nd, 2008 and we had a chance to discuss his fascinating work on the Giant’s Geoglyphs of Tiahuanaco, the Theurgy of the Watchers, Eschatology, Numerology & Geometry.

We make both hours available for everyone to take part of David’s wonderful contribution to the esoteric arts of symbolism, numerology, eschatology, geometry and gematria.

Hour 1 - The Giant’s Geoglyphs of Tiahuanaco

Hour 2 - The Theurgy of the Watchers, Eschatology, Numerology & Geometry

To get a scope of David’s work I recommend that you take a look at the fascinating presentations that David did at the "God, Man, and E.T." conference and the "Ancient of Days" conferences linked up below.

The Mars-Earth Connection: Cydonia in Ancient Science and Mythology from the 2005 conference "God, Man, and E.T."


David - thank you for all your work. You transitioned to the other side way too early and I’m very sad that you didn’t get a chance to be on this planet for the 21st of December, 2012.

David Eric Flynn, 49, died January 22, 2012 after a short battle with cancer at his home in Helena. Dave was born October 29, 1962 in Chicago, Illinois to Dr. Alan and Marjorie Flynn. He attended Helena High School and graduated from the University of Montana. He worked at Intermountain Children’s Home for more than 20 years caring for emotionally disturbed children.

Dave’s interests were varied. He excelled in any subject he undertook with a veracity and onerousness. Painting, piano, composing, geology, theology and history just to name a few subjects he took up as hobby and ended as adept.

Dave wrote and lectured in his spare time and has a worldwide following of his work concerning ancient mysteries religions, illuminated fraternities and Judeo- Christian Theology. His research has been published and referenced by numerous best-selling authors, books and magazines around the world.

A visitation will be held from 12-8 p.m., Sunday, January 29, 2012 at Retz Funeral Home Chapel. A funeral service is scheduled at 11 a.m., Monday, January 30, 2012 at the First Assembly of God Church with interment to follow at the Forestvale Cemetery. Memorials in David’s name may be sent to the “David Flynn Watcher Fund”, PO Box 9349, Missoula, MT. 59807: http://myweb.cableone.net/watcher/dfwf.html or to the Chris Elliott Fund for Glioblastoma Brain Cancer Research, 704 228th Ave NE #254, Sammamish, WA 98074 : http://www.chriselliottfund.org/getinvolved.html. To offer a condolence or share a memory of David, please visit: www.retzfuneralhome.com.

Flowers and Cards can be sent by going to the source site here: http://montana.obituaries.funeral.com/2012/01/23/david-flynn/