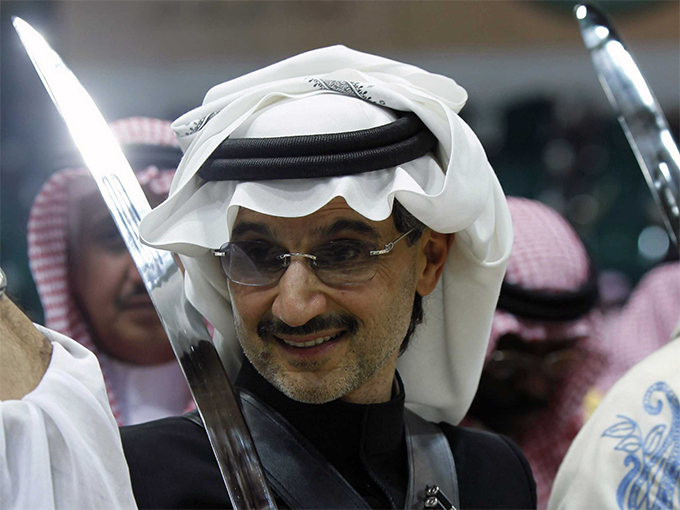 Kuwait City — According to Kuwaiti Al Qabas daily, the flamboyant Saudi Prince and entrepreneur, al-Waleed bin Talal posited that his country must reconsider its regional commitments and devise a new strategy to combat Iran's increasing influence in Gulf States by forging a Defense pact with Tel Aviv to deter any possible Iranian moves in the light of unfolding developments in the Syria and Moscow's military intervention.

"The whole Middle-East dispute is tantamount to matter of life and death for the Kingdom of Saudi Arabia from my vantage point ,and I know that Iranians seek to unseat the Saudi regime by playing the Palestinian card , hence to foil their plots Saudi Arabia and Israel must bolster their relations and form a united front to stymie Tehran's ambitious agenda," Kuwaiti News Agency (KUNA) quoted Prince al-Waleed as saying on Tuesday , adding, Riyadh and Tel Aviv must achieve a modus vivendi , for Saudi policy in regard to Arab-Israeli crisis is no longer tenable.

Iran seeks to buttress its presence in the Mediterranean by supporting Assad regime in Syria, added Prince al-Waleed, but to the chagrin of Riyadh and its sister Gulf sheikhdoms , Putin's Russia has become a real co-belligerent force in Syrian 4-year-old civil war by attacking CIA-trained Islamist rebels. Here surfaces the paramount importance of Saudi-Israeli nexus to frustrate Russia-Iran-Hezbollah axis.

" I will side with the Jewish nation and its democratic aspirations in case of outbreak of a Palestinian Intifada( uprising) and i shall exert all my influence to break any ominous Arab initiatives set to condemn Tel Aviv , because I deem the Arab-Israeli entente and future friendship necessary to impede the Iranian dangerous encroachment," Al Qabas cited the Saudi media tycoon as he is in a regional tour, visiting the other Gulf Arab littoral states--Kuwait, Bahrain, Qatar, the United Arab Emirates and Oman--to muster support for Saudi-backed Islamist rebels in Syria.

"…you know the union with Bahrain doesn't explicitly mean to annex our dear neighbors, but in fact we are wary about the future of Bahrain, its people security and well-being. Bahrain is the home to U.S. fifth fleet which its presence is of vital interest for Saudi Arabia, thus we can not permit Iran to wreak havoc in our back yard," said the Saudi Prince, vindicating his previous brash comments regarding the annexation of Bahrain.