Sweden Arming The World: The Neutrality that Never Was

Stockholm is bristling with weaponry today. Fighter jets can be seen and heard racing through the skies over a wondering populace. Is Sweden at war?
Not officially, but since WWII and despite a political position of neutrality, Sweden has been playing an increased role in international warfare. This can be clearly seen today, because this week FDS Nordic is taking place in Stockholm.

The Future Defence & Security Exhibition is “the most important trade fair in the Nordic and Baltic countries covering the topics of defense and security. Among the professional visitors are decision-makers from governments and the military, as well as representatives from emergency services.” 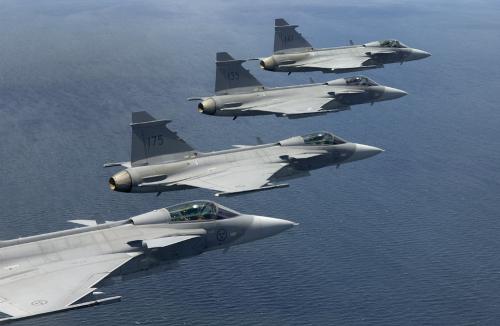 At these arms fairs, which drum up sales in the undeniably lucrative weapons and defense industry, many areas are promoted: ammunition, command systems, control systems, electronic warfare systems, telecommunications, surveillance, and tactical equipment - the list is lengthy.

The FDS site suggests the weapons (or “products”), “meet the requirements from the government and military units, produced for the homeland defence and peacekeeping around the world.”

But like many countries that emphasize their roles in simple and noble ‘peacekeeping’, there’s usually more going on than meets the eye. Corruption in the arms trade is ubiquitous, and Sweden is no exception.

Speaking of eyes, once again a symbol is used by the powerful and influential denoting what looks like the omnipresent All-Seeing-Eye. The logo of FDS Nordic, naturally:

The topics discussed by guest speakers are what you might expect from such an event: “Nano-ID Security Systems”, “Tactical Training”, and “Legal aspects of doing business in Sweden”.
However, to the average person, the workshops might seem somewhat unnerving. The “Point, Click, Kill” seminar is a talk about cyber espionage and cyber economic warfare, but it also communicates the modern ease with which war and extrajudicial killings are carried out - from a distance and impersonally with remote drone technology. Click, kill, done.

Drones, with their remote surveillance and attack capabilities, are also a big player in ‘neutral’ Sweden.

How does one maintain ‘noninterference’ while still engaging in warfare?

The seminar is given by Johanne Hildebrandt, “a former journalist, but also a writer and columnist. She is known for her journalistic work about the war and conflict in which she, among other things, has worked as an "embedded" reporter with U.S. soldiers in Iraq and Swedish soldiers in Afghanistan” (Source)
In fact, one of her books was so well received by the establishment, that she was elected into the Royal Swedish Academy of War Sciences in 2012.

Swedes are right to be ‘confused’ about their involvement in international warfare. The rest of the world, also, remains largely ignorant about the reality of Sweden’s legendary political policy of ‘neutrality’. It’s an idea that is repeated, but not supportable.

Wikipedia tells the public that “Swedish neutrality – national policy since the end of the Napoleonic Wars – was maintained during World War II.” That’s true, if you consider arming both sides of a conflict to be ‘neutral’.

Swedish Prime Minister Per Albin Hansson declared Sweden neutral on 1 September 1939, but the idealized intent on paper was not necessarily what resulted on the ground. While it’s very true that Sweden suffered hardships for their proclaimed uninvolvement, (such as trade blockades, food shortages, supply rationing, and a dangerous political dance), Sweden also supplied Europe willingly, and in doing so, supported and lengthened the bloody war.

Perhaps the most important aspect of Sweden’s concessions to Germany during the Second World War was the extensive export of iron ore for use in the German weapons industry, reaching ten million tons per year.
[...]
Sir Ralph Glyn, a British Member of Parliament, claimed that a cessation of Swedish iron ore exports would bring the war to an end within six months.

As for the Allies:

US planes were allowed to use Swedish military bases during the liberation of Norway, from spring 1944 to 1945, and the Allies were also collaborating with the Swedish Military Intelligence and Security Service. Sweden allowed Allied spies to listen to German radio signals from a station on Öland. A location was also established in Malmö for the British military to lead bombing actions in Germany.

The Prime Minister of the United Kingdom during World War II, Winston Churchill, accused Sweden of ignoring the greater moral issues and playing both sides for profit during the conflict.

This accusation rings true in modern times, even while Sweden still seemingly sports the guise of neutrality. The argument that Sweden is NOT neutral as long as it arms foreign lands has sustained since 1939.

Stephen Prokesch wrote for the NYTimes in 1989;

Sweden has long had mixed feelings about its position as a major exporter of weapons.
On one hand, it has believed that it needed a large weapons industry to maintain its neutrality and that was impossible without exports. On the other hand, Sweden has also taken the position that it should not ship weapons to regions where there are conflicts, tensions or human rights violations.
Now a series of scandals and Sweden’s economic struggles to maintain its weapons-manufacturing base are forcing the country face these conflicting aims head on.
Government-appointed commissions have been re-examining Sweden’s rules and policies on arms exports. Export controls were tightened last year in an effort to make sure that weapons were really going to the authorized foreign customer. Government and industry officials predict Sweden will soon adopt policies that could lead to tougher restrictions on exports to third world nations. 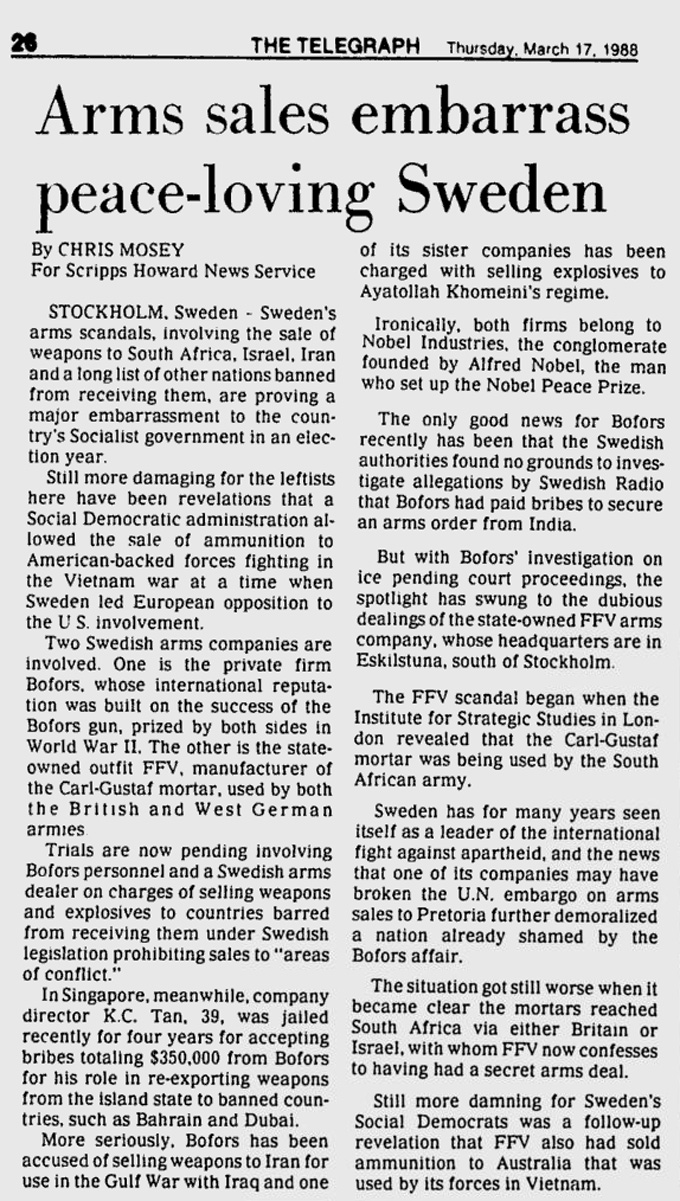 Unfortunately, even to this day Sweden deals in arms while hiding behind a perceived impartiality, much in the way NATO bombs foreign countries under the guise of a ‘right to protect’ the civilians of the land.

As recently as 2010, the headlines revealed that “USA’s Sweden ambassador has reported that Sweden is a "strong and pragmatic partner", whose official non-alignment does not reflect reality, according to US diplomatic cables released by WikiLeaks”. Source

There’s probably a lesson to be learned in this strange state of things. “1984” author George Orwell famously wrote ““War is peace. Freedom is slavery. Ignorance is strength.” Those timeless oxymorons stand for how ideas can be contorted and words are meaningless - they can be twisted to mean whatever you wish them to, no matter how ironic, sad, or contradictory. The powerful, then, can use to our perceptions to control us.

Tragically, we’re experiencing an era when men and nations are awarded Peace prizes while they create and prolong wars, support dictatorships, destabilize countries, and beget suffering, murder, poverty, and genocide.

Does today’s Sweden really believe that,
Involvement is Neutrality,
Weaponizing is Peacekeeping,
Peril is Security? 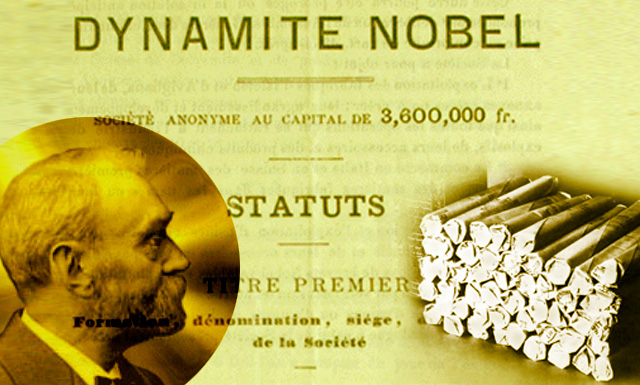 Sweden slammed for jets over Libya as ’neutral’ becomes ’NATO’