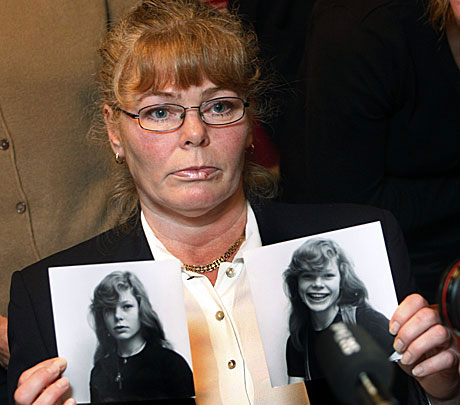 Ed Comment: Here is yet another of these horrendous child abuse/pedophile stories, echoing the latest one in Haut de la Garenne, Jersey. This is the so called "Geijer Affair”, which is reemerging again in the Swedish Press. We can read about similar stories from England to Portugal, Belgium and Mexico. From all over the world, the pattern is the same.

Sweden has said it will not award damages to two women claiming to have been exploited in a major prostitution scandal in the 1970s.

Chancellor of Justice Göran Lambertz, Sweden's most senior legal official, said he had no reason to doubt that the women had been exposed to "a large number of sex offences". But Lambertz also referred in his judgment to the statute of limitations, which imposes a ten year cut-off point for damages claims of this kind.

The women were just 14 years old when the scandal broke in 1976.

The Chancellor of Justice agreed with the women that a more thorough investigation ought to have been carried out at the time. But the failure of the investigation to lead to a prosecution did not constitute "an error on which to base a compensation claim".

Lambertz also concurred with the women that prosecutors should have pushed harder to have those involved in the scandal convicted for purchasing sexual services from children. But this did not mean the women had a legitimate claim to damages, according to Lambertz.

Prosecutors at the time did not think they would be able to successfully pursue charges against the suspects "and for this reason it was not a serious mistake on the state's behalf," wrote Lambertz in his judgment.

Eva Bengtsson, one of the women claiming compensation from the state, said she was not surprised by the decision.

"It was expected, but I plan to keep going with this. I think these men should step forward," she told news agency TT.

Bengtsson added that the verdict had left her with a sense of disappointment in the justice system.

"There shouldn't be a statute of limitations for something like this. These men are pedophiles. We were 13 and 14 years old when this happened. It wouldn't be accepted today," she said, adding that she would reach a decision on how to press forward with the case after consultation with her lawyer.

The scandal began with a raid on a Stockholm brothel in 1976. In May of that year, the brothel madam, Doris Hopp, was arrested on pimping charges. A police investigation soon revealed that many of Hopp's customers were well-known politicians.

The newspaper claimed as its source a report in which chief of police Carl Persson informed Prime Minister Olof Palme of the involvement of politicians in the prostitution scandal.

But Palme vehemently denied the allegations, accusing Dagens Nyheter of aggravated libel. The newspaper was forced into a retreat and two days after the publication Lennart Geijer received an official apology.

It later emerged however that, a few minor details aside, the newspaper's assertions had in fact been largely correct. Over the years, there has been much speculation regarding the identities of those who made use of the brothel's services.

At the time of the scandal broke, it was not illegal to pay for sexual services. But the fact that politicians socialized with prostitutes was viewed as a security risk since staff from foreign embassies were also reported to frequent the brothel. 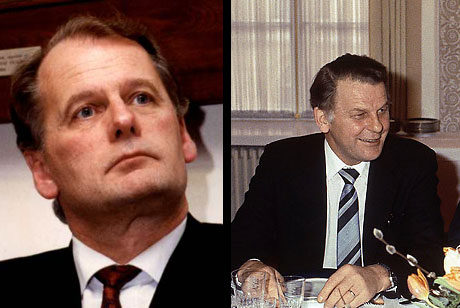 ...the most hushed-down scandal in Swedish history resurfaced again, and it fills me with such grief. It is a story that is on par with the infamous Belgian paedophile scandal, with the only difference that the cover-up has succeeded in this case.

The scandal in essence is that there is reason to believe that two Swedish Prime ministers during the 1970s, the internationally known Olof Palme, and Thorbjörn Fälldin, were customers at a network of prostitutes which involved underage girls. In other words, should the allegations be true, these men were paedophiles.

And not only them. The investigation - hushed down as it is - involves a long list of top politicians and celebrities of the time. Some 70 names have been mentioned.

The girls, around 14 at the time, have now grown up, and yesterday, they held a press conference where two of them are demanding compensation fron the Swedish state.

But it doesn’t end there. As I have mentioned, there has never been a proper investigation of these matters. Olof Palme lied to the entire Swedish people when he denied that the then head of the Swedish police, Carl Persson, had written to him to inform him that his Minister of Justice, Lennart Geijer, was frequenting prostitutes and could therefore be subject to blackmail - especially since some of the prostitutes were from the Communist bloc. Mr Persson’s note was disclosed in the daily Dagens Nyheter in 1977, but Olof Palme could see from the way the article was written that the paper did not have access to the note itself. Olof Palme very aggressively denied that the note had ever existed and called the whole thing rumours and worse, but in 1991, the note was declassified and confirmed that Mr Geijer was in fact buying sex.

Why Olof Palme put his entire career at stake to lie so blatantly - about something he likely knew was true - remains an enigma; he was murdered in 1986 and took his secrets to his grave. But the fact is that the former prostitutes yesterday repeated that he would hve beneone of their customers. Did he lie in order to protect himself?

Worse still, his Minister of Justice - Mr Geijer - was trying at the time to decriminalise paedophilia (yes, it’s true). Thank God he was stopped, but that further adds to the sleaziness of it all.

Meanwhile, the girls - several of whom have identified top politicians as customers, independently of one another - descended into personal problems and drug abuse, frustrated about the massive cover-up form the establishment. They have never budged one inch from their story; they insist to this day that what they allege is true.

The whole thing has resurfaced from time to time in Sweden, but has just as regularly vanished from the headlines again and led to no repercusisons at all. Only one person has ever been tried and found guilty, Sigvard Hammar, a marginal figure who was a TV journalist as well as a paraplegic and thus less into the circles of power, who also openly admitted abusing underage girls. But he was sentenced for procuring, not for abusing minors.

There is much more to say about this disgusting, nauseating, stomach-turning, sinister, evil, deprave, vicious mess. How Dagens Nyheter’s source, criminologist Leif G W Persson who worked for Carl Persson at the time, found not only his desk but his entire room emptied the day after Dagens Nyheter broke the story. How the cover-up in 1977 was orchestrated by people involving the then Chief Constable of Stockholm, Hans Holmér, the same police officer who later made a complete mess of the murder investigation of Olof Palme - for whatever reason. How Thorbjörn Fälldin before the Swedish Parliament in 1977 stated that the entire list of suspects must have been false simply because his own name was on it - and how the Swedish nation chose to believe him.

And how an unknown number of young girls had their lives ruined by the men in power that were supposed to provide their ultimate security.

So, will there be a proper investigation this time? At present, it doesn’t seem likely. The story has already been moved to the back pages, and it seems that the whole thing will once again be ground down into the bureaucratic machinery.