The Kalergi Plan for European Genocide 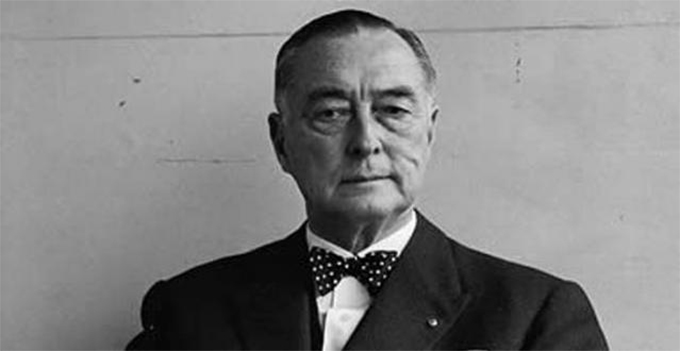 Constricting snakes instinctively 'know' that the secret to killing their prey before eating them is to tighten the death grip each time the rodent exhales. Each new exhalation (emptying of the lungs) provides the snake that much more space to constrict the poor exhausted creature further and further.

As it is with snakes, a clever Globalist-Marxist knows when to pause the pressure on his squirming victims (us!) and when to start squeezing again. That's exactly what the European Union is doing here. After a 15 month period in which as many as 1.5 million Turd World invaders broke into Europe, the Globalists feel it necessary to lighten up a bit on their death grip. In doing so, the growing outrage and passionate political activism of the native European people will soon yield to an "exhalation" -- followed by an even tighter constriction.

This much-publicized announcement, which decrees that new migrants passing from Turkey though Greece are to be returned, will pause some of the pressure. But the mostly male roaches who have already scurried into the house of Europa are there to stay; and the ones arriving in Italy by way of post-Qaddafi Libya will keep on arriving as well. In due time, we can expect the Turkey-Greece return policy to go unenforced, if it ever gets enforced at all. A ton of media hype about the new "crackdown", combined with a few diversionary football (soccer) games, and Boobus Europiticus will soon be able to "exhale" again -- rendering him primed and ready for the next level of strangulation.

Until Boobus Europiticus (and Americanus) comes to understand that the great game is not meant to end until the very last non-Jewish White Man has been genetically blended out, or died out due to old age -- the snake will resume his death grip again and again and again. It won't stop until Europa is too tightly squeezed and exhausted to offer any resistance at all. That is the basis of the "Kalergi Plan".

Kalergi was the son of an Austrian diplomat named Heinrich von Coudenhove-Kalergi and a Japanese woman named Mitsu Aoyama. With his movement financially backed by Zionist billionaires such as Rothschild, Baruch and Warburg, Kalergi, thanks to his close contacts European aristocrats and politicians, managed to attract the most important heads of state to his project for European integration -- what Winston Churchill openly referred to, in 1945, as the "United States of Europe."

Very few people know that Kalergi, one of the main "founding fathers" of the process of European integration also designed the genocide for the peoples of Europe. As far back as 1922, Kalergi founded the "Pan-European" movement in Austria, which aimed to create a federation of nations led by the United States. European integration would be the first step in creating a future world government.

With the rise of Mussolini in Italy, The Great One in Germany and Franco in Spain, Kalergi's 'One Europe' project was put on hold. But after the defeat of Germany, Kalergi's New World Order, thanks to the support of Winston Churchill, the Jewish B'nai B'rith and major newspapers like the New York Slimes, began to take its first visible steps toward fruition.

In order for Kalergi's openly-described New Europe to rise, European Fascism had to fall.

In his book 'Praktischer Idealismus', Kalergi boldly declares that the citizens of the future "United States of Europe" will not be White people anymore. In his own words:

"The man of the future will be of mixed race. The races and classes of today will gradually disappear due to the elimination of space, time, and prejudice. The Eurasian-negroid race of the future, similar in appearance to the Ancient Egyptians, will replace the diversity of peoples with the diversity of individuals.

Of course, Kalergi's chosenite paymasters will not be replaced by this "Eurasian-negroid race of the future". Writes the hired hack of his paymasters:

"Instead of destroying European Judaism, Europe, against her will, refined and educated this people, driving them to their future status as a leading nation through this artificial evolutionary process. It's not surprising that the people that escaped from the Ghetto-Prison, became the spiritual nobility of Europe. Thus, the compassionate care given by Europe created a new breed of aristocrats. This happened when the European feudal aristocracy crashed because of the emancipation of the Jews."

The Kalergi plan is the New World Order plan, and it's not just for Europe. White genocide is very real and is playing out exactly as Kalergi and his handlers envisioned it. That is the real reason why World War II was imposed upon Hitler and Mussolini; and it is also the real reason why the Marshall Plan contained hidden provisions for unifying Europe; and it is also the reason why the Frumpy Frau of Germany is acting as "stupidly" as she is. Speaking of manly Marxist Merkel; for her slavish devotion to European Unionism, the wicked wench received the "prestigious" Charlemagne Prize in 2010 --- mistakingly referred to by some as the Kalergi Prize because Kalergi was its very first recipient.

2- What's being sold as "tolerance" among the races is really a fiendishly cunning Jewish Supremacist plot to genocide all Europeans out of existence.

Boobus Americanus 1: I read in today's New York Times that the European Union is cracking down on the mass migrations passing through Turkey.

Boobus Americanus 2: They have taken in more than enough. It's a good call.

(Sugar, if you don't clean up that potty-mouth of yours, I'm going to feed you to that Boa.)