The Spirit of Christmas and the End to All Wars: The Christmas Truce of 1914

Dec 24, 2012 Source: globalresearch.ca
The Christmas Truce of 1914 was an initiative of the soldiers on both sides; it was a mark of human solidarity and fraternity against the political and military architects of World War I. The Spirit of Christmas in December 1914 prevailed:

“In the front lines, the fraternisation of Christmas Eve is continued throughout the day; not all units know about it, and it is not universal but is widespread over at least half of the British front. Many bodies that have been lying out in no man’s land are buried, some in joint burials. Many men record the strange and wonderful events; may men exchange tokens or addresses with German soldiers, many of whom speak English. 81 British soldiers die on this day; a few die in areas that are otherwise peaceful and with fraternisation going on, victims of alert snipers. In other areas, there is considerable activity: 2nd Grenadier Guards suffer losses in a day of heavy fighting. As night fell, things grew quiet as men fell back to their trenches to take whatever Christmas meal that had been provided for them.”

The Military High Command on both sides was firmly opposed to the Spirit of Christmas in the trenches. The Mot d’ordre of the French and British high command was to promote an “offensive spirit” in the trenches. In the words of General Sir Horace Smith-Dorrien, “Friendly intercourse with the enemy, unofficial armistices, however tempting and amusing they may be, are absolutely prohibited“:

Instructions were issued an instruction to commanders of all Divisions:

The Christmas Truce of 1914 should send a strong message to the architects of today’s wars including president Barack Obama.

War is a criminal undertaking, people of all lands are against war.

Under the Nuremberg Charter, war is the ultimate crime: “The Crime against Peace”.

The military oath taken at the time of induction demands unbending support and allegiance to the US Constitution, while also demanding that US troops obey orders from their President and Commander in Chief Barack Obama:

Both the current president Barack Obama as well his predecessor George W. Bush have blatantly violated all tenets of domestic and international law. So that making an oath to “obey orders from the President” is tantamount to violating rather than defending the US Constitution.

The Commander in Chief is a war criminal. According to Principle 6 of the Nuremberg Charter:

“The fact that a person [e.g. Coalition troops] acted pursuant to order of his Government or of a superior does not relieve him from responsibility under international law, provided a moral choice was in fact possible to him.”

May Peace and Spirit of Christmas prevail!

The Christmas Truce has become an enduring image of the triumph of man’s spirit over adversity. What really happened in no man’s land between British and German infantry in December 1914, and who was there? 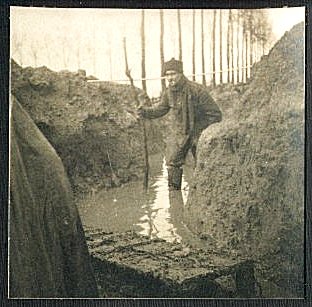 Once the fighting of the First Battle of Ypres died down in November 1914, British units that had been holding the Ypres Salient were relieved by French ones.