Sep 7, 2015 Source: newobserveronline.com
A portent of the nightmare created by the Third World invasion of Europe has been dramatically demonstrated live on Hungarian television—when a “poor destitute migrant” openly threated the TV crew and viewers with decapitation.

The gesture, made while a TV crew was filming the chaos and mess left behind after most of the Third World invaders left Hungary’s main railway station, was made by one of the newer arrivals—once again a lone young male. 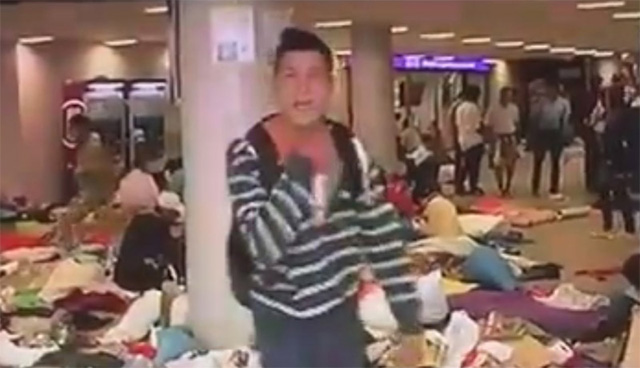 Meanwhile, the flood of nonwhite invaders shows no signs of stopping, as was easily predictable after all the actions of the European governments served to encourage the flow and not stop it.

Although Hungary is desperately building a wall to try and stem the flow, all over the country, thousands of nonwhite invaders are still trying to force their way into Germany, where the German government has offered them refuge in a flagrant and blatant violation of the European Union’s own asylum rules.

A posting on Facebook by a Hungarian activist, for example, told of an incident which took place on September 6, 2015, on a road in the county of Ásotthalom, located in south central Hungary, on the border with Macedonia.

“Wake up! These pictures do not originate from a movie, this is the reality that is happening in our country,” the post started, before going on to describe how hundreds of invaders had simply blockaded a public road in their demand to be given transport to Germany.

“Besides the fact that it was extremely dangerous, can you imagine what it must have felt like for the law-abiding, tax-paying Hungarian citizens who were confronted with this frenzied, menacing horde?” the Facebook post continued. 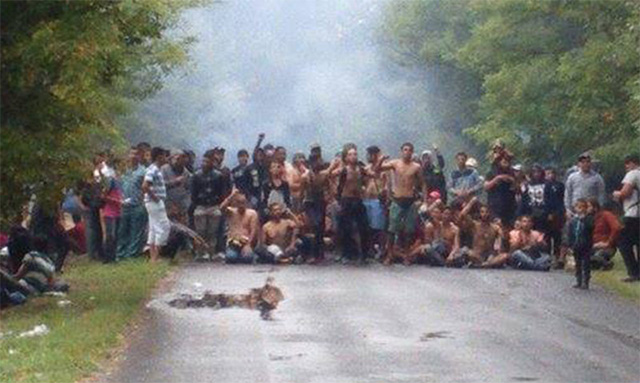 “These people are becoming more and more aggressive because the leaders of the European Union are making insane decisions. They are becoming more demanding because they see that the laws are not being enforced (they only apply to the native taxpayers, who are also the prospective slaves).”

The post went on to tell how the mob then attacked a bus at Röszke, and warned that the country was “very close to the point when all hell breaks loose” and that the “European leaders will be responsible if people take their own steps to restore