A Turkish newspaper employee was tackled to the floor during an attack by burqa-clad women accusing the six-months pregnant victim of being a “Gulenist” and wearing “revealing” clothes that violate sharia law. The women were accompanied by a man who warned she was one of four other “targets” they would attack.

Hazal Ölmez, an employee at the newspaper Evrensel, was walking home from work in Istanbul when three people, two of them women wearing burqas, slammed her to the floor. “Why are you wearing revealing clothes? You are a coup supporter and a Gülenist,” the group reportedly yelled at her. 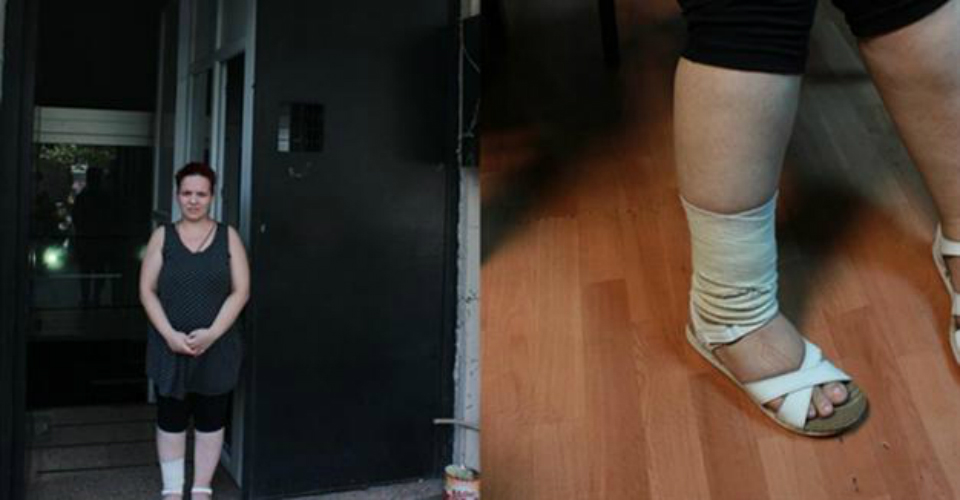 Hurriyet quotes Ölmez as stating that the attack began with a woman pulling her by the hair. “When I turned around I saw a woman wearing a burqa and asked her the reason why she pulled my hair, but she started to attack me,” she said in Evrensel.

The attackers called her a “traitor,” “Gulenist,” and told her she “won’t get dressed this way anymore, you will get dressed the way we want you to and you will obey us.” They called on bystanders to join them in beating her, though no one did. No one came to Ölmez’s aid either. “Who knows what you did,” she says she heard witnesses say.

The man in the group said that they had four other “targets” in the neighborhood, though he provided no other information.

Ölmez says her doctor told her she was “fortunate they didn’t realize you were pregnant” or they would have deliberately beaten her to induce a miscarriage.

While Ölmez has provided her version of events to the media, police have yet to comment on the potential identity of the attackers. Their repeated references to “Gulenists” — supporters of Turkish Islamic cleric Fethullah Gulen — and the failed coup in Turkey last month suggests they are supporters of President Recep Tayyip Erdogan.

Erdogan has accused Gulen, a longtime rival, of orchestrating the coup attempt and has demanded the United States extradite him. Gulen lives in Pennsylvania and runs a chain of Islamic charter schools throughout the country, which have been investigated by the FBI for mismanagement of funds. Erdogan and his Islamist Justice and Development Party (AKP) have accused Gulen of being a cult leader attempting to establish a “shadow government” in Turkey to Erdogan’s detriment. Gulen denies any involvement in the coup attempt, though he is a stern critic of Erdogan.

This week, Erdogan accused Western governments of “supporting terror” in response to the United States not yet extraditing Gulen.

During the coup attempt, Erdogan used the mobile phone application Facetime to tell supporters to take to the streets and attack coup plotters. The military had attempted to shut down Ankara and prevent Erdogan and his supporters from fleeing.

Erdogan supporters have repeatedly taken to mob violence against journalists and other media employees in response to criticism; the Ölmez case is a rare occasion of such mob attacks not being a reaction to public criticism in the media.

In October, such a beating occurred to Ahmet Hakan, a prominent columnist at the newspaper Hurriyet. Attackers followed Hakan to his home after leaving a broadcast at CNN Turk and beat him before he reached the door of his building. He was hospitalized following the attack and continues to write against Erdogan at Hurriyet (Hakan, a secularist, has also been critical of Gulen).

Islamist mobs have twice attacked the officers of Hurriyet themselves, hurling stones into its glass doors and chanting “Allahu akbar.” On one occasion, an AKP legislator was among the crowd of attackers.