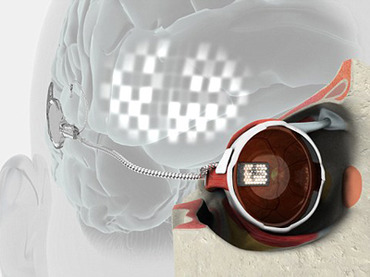 For the first time ever, scientists have given a previously blind woman sight by way of a bionic eye. The Australian-designed implant, which resembles the model worn by Arnie in The Terminator, is likely to transform the lives of millions worldwide.

Dianne Ashworth, who is suffering from the incurable condition retinitis pigmentosa, had lost almost all vision when surgeons at the Royal Victorian Eye and Ear Hospital in Melbourne performed the groundbreaking surgery in May.

A month later the device was switched on.

“I didn’t know what to expect, but all of a sudden, I could see a little flash…it was amazing. Every time there was stimulation there was a different shape that appeared in front of my eye,” said Ashworth in a statement.

The device consists of 24 electrodes attached to the retina. Each time they receive a signal from the outside world, they stimulate the retina, which then sends an impulse back to the brain.

So far, scientists have used the bionic eye to create simple patterns from the twenty four signals – like the shapes of a tree or a house – and see whether Ashworth is able to identify them.

Over the next 18 months, scientists will work in the laboratory with Ashworth and two other sight-restricted patients.

But the next big step is installing a camera, so that the patient is able to receive representations of real objects, not just those created by the scientists.

Even at this stage, the signals Ashworth will receive will be unlike normal eyesight, but the aim of the invention is practical. 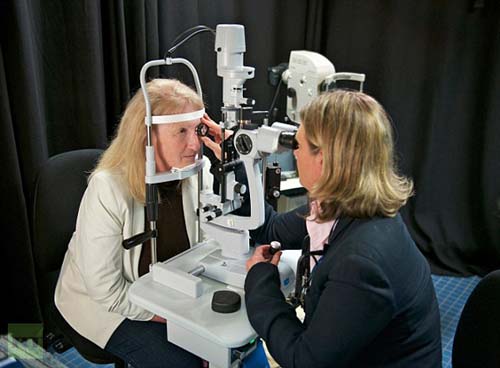 "What we’re going to be doing is restoring a type of vision which is probably going to be black and white, but what we’re hoping to do for these patients, who are severely visually impaired, is to give them mobility," says Penny Allen, the lead surgeon on the procedure.

Eventually, with a greater number of electrodes, a more detailed picture could be beamed into the blind person’s brain.

Yet the inventors are trying not to over-engineer the device, so that it doesn’t become unaffordable.

"We didn’t want to have a device that was too complex in a surgical approach that was very difficult to learn," says Allen.

The World Health Organization says that 39 million people worldwide are blind, and nearly 250 million are impaired by extremely poor vision.

Bionic Vision Australia, which brings together leading scientists, surgeons and engineers, is funded by the government, and hopes to get a market-ready bionic eye out by 2014.