Jul 1, 2008
David Icke is an English writer, public speaker, and former media personality best known for his views on what he calls "who and what is really controlling the world". David is one of the most controversial speakers and authors in the world. He has written 16 books explaining his position, dubbed "New Age conspiracism", and has attracted a substantial following across the political spectrum. His 533-page The Biggest Secret (1999) has been called the conspiracy theorist's Rosetta Stone. In this program, David Icke speaks about the impending global 'Big Brother' state as well as his stand in an upcoming (July 2, 2008) parliamentary by-election in Haltemprice and Howden. David discusses big brother, the mainstream media, surveillance, centralized government structure, EU, international law and much more.

U.S. and Europe Near Agreement on Private Data

How to manufacture a “global food crisis”

British use anti-terror cameras to spy on litterbugs

Infinite Love is the Only Truth, Everything Else is Illusion

Tales from the Time Loop

Children of the Matrix 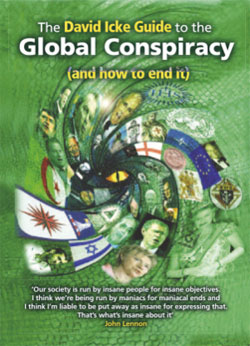