Flights at London City Airport were disrupted after protesters gained access to the runway.

The Met Police said it was called to the site at about 05:40 BST after nine protesters erected a tripod and "locked themselves together" on the runway.

The Black Lives Matter UK movement confirmed it was responsible for the protest.

City Airport tweeted that the runway had reopened at lunchtime and flights were resuming.

It advised travellers via Twitter to check with their airlines for the latest flight information.

All nine protesters were removed and arrested. The airport said inbound flights had been diverted. 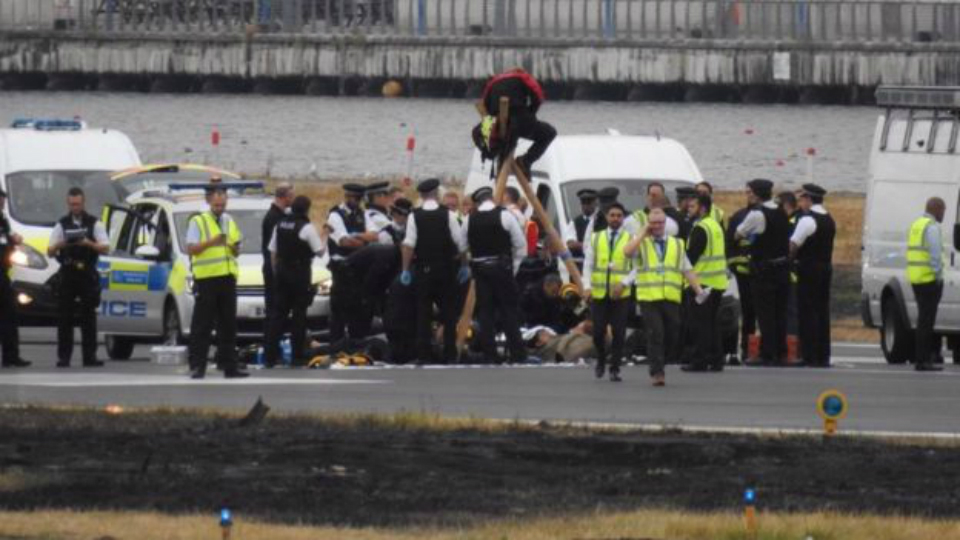 Black Lives Matter UK said the action was taken in order to "highlight the UK's environmental impact on the lives of black people locally and globally".

A statement said: "Whilst at London City Airport a small elite is able to fly, in 2016 alone 3,176 migrants are known to have died or gone missing in the Mediterranean.

"We note, however, that the UK is willing to charter special flights to remove black people from the country based on their immigration status."

Speaking to BBC London, group member Joshua Virasami added: "The community where this airport is is a predominantly black community.

"In Britain, 28% of black people are more likely to be exposed to air pollution... being in closest proximity to the industries causing climate change."

He added the disruption to flights was "a very small inconvenience when you think about the consequences for black communities daily" and the protesters would remain on site "as long as feasibly possible".

Scotland Yard said it was investigating how the protesters got on the runway - including the suggestion that they swam across the River Thames or used a boat.

When asked how the protesters gained access, Mr Virasami said "I'm not in a situation to say... but one can use their imagination".

London City Airport passenger Hannah Moore, from Wandsworth, south-west London, was due to fly to Amsterdam.

She said: "It's chaos. There's a huge queue outside the airport. I managed to get in. We've been told to watch the boards.

"I have an important business meeting to attend in Amsterdam. I've told them I might not make it."

Casey Collins, who was due to fly to Luxembourg, said customers had initially assumed the delays were related to IT glitches at Heathrow and Gatwick.

He said: "The problem was that there were only two or three staff there. People were behaving themselves, they know it was not the airport's fault, but for a time it was a bit chaotic." 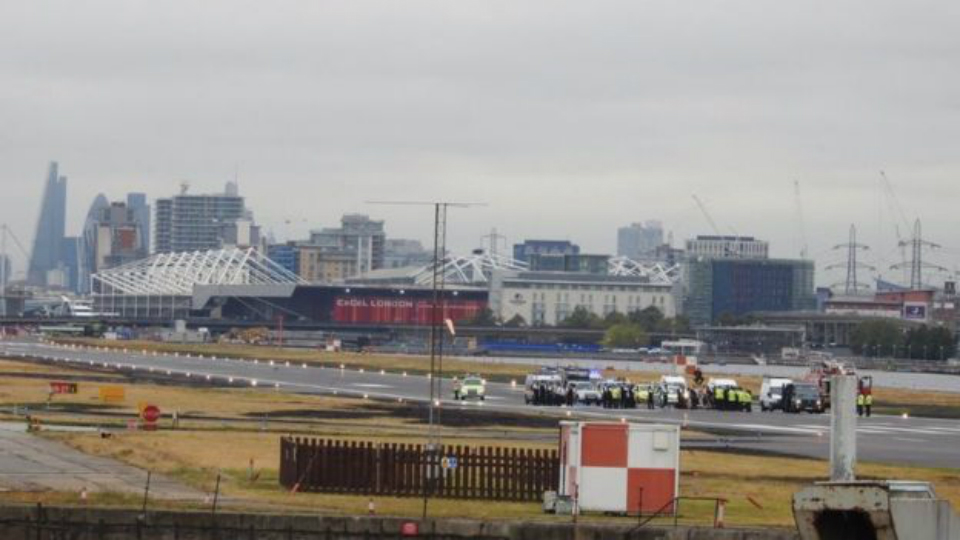 The Met said all nine arrests were on suspicion of aggravated trespass, being unlawfully airside and breaching London City Airport bylaws.

A London City Airport spokesperson added: "We apologise to passengers for any inconvenience to their journey."

The airport is popular with bankers and business professionals due to its proximity to Canary Wharf in London Docklands.