Breitbart News was “founded by Jews, is largely staffed by Jews, and has an entire section dedicated to reporting on and defending the Jewish state of Israel,” that organization’s Jewish CEO Larry Solov has announced.

Mook said in his reaction that “Trump has decided to double down on his most small, nasty, and divisive instincts by turning his campaign over to someone who is best known for running a so-called news site that peddles divisive, at times, racist, anti-Muslim, anti-Semitic, conspiracy theories.”

Mook went on to cite the Jewish supremacist Southern Poverty Law Center which earlier claimed that Breitbart News was a media arm of the “alt-right.”

In his statement, Solov dismissed Mook’s allegations, saying that Breitbart News “was founded by Jews, is largely staffed by Jews, and has an entire section (Breitbart Jerusalem) dedicated to reporting on and defending the Jewish state of Israel.”

This point was a reference to the fact that 20 years previously, Bill Clinton had signed the law which built federal prisons to accommodate the massive increase in black prisoners following the introduction of the habitual offender laws (commonly referred to as three-strikes laws).

These laws mandated courts to impose harsher sentences on those convicted of an offense if they had been previously convicted of two prior serious criminal offenses.

As a result, the number of blacks in American prisons skyrocketed because of their extremely high recidivism rate.

In November 2015, Solov also penned an article on Breitbart News in which he revealed that the idea to create the news service had been “conceived in Israel.” 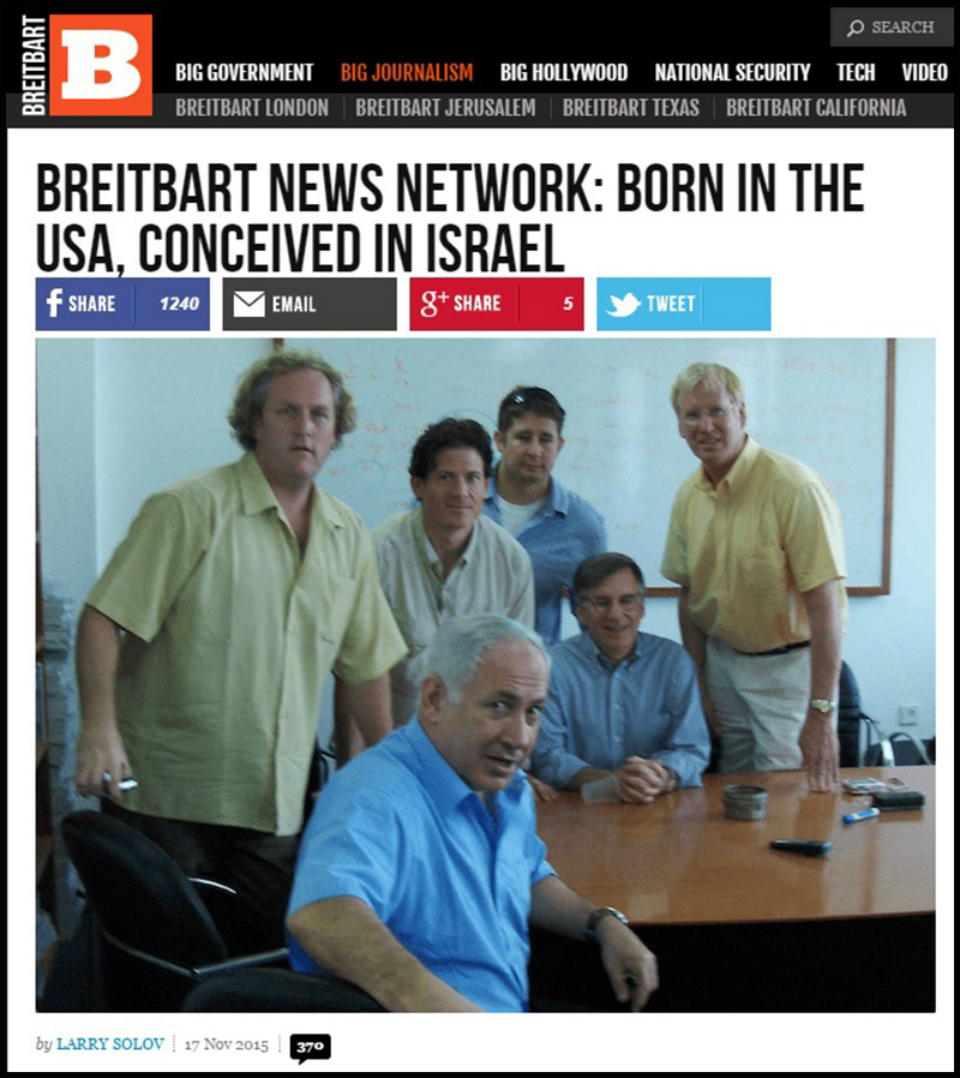 Under a photograph of Israeli Prime Minister Benjamin Netanyahu sitting at a table with Andrew Breitbart himself and Solov, the article said that “a lot of people don’t realize this but Breitbart News Network really got its start in Jerusalem,” and that the intention of the site was always to be “unapologetically pro-freedom and pro-Israel.”

With the opening of its Jerusalem bureau, Solov concluded, “Breitbart News Network returns to its roots.”

The attack on Breitbart News by the Clinton campaign forms part of an ongoing dispute between “right wing” and “left wing” Jewish lobbies, who fundamentally disagree with each other on how best to present the Jews-only state to the outside world.