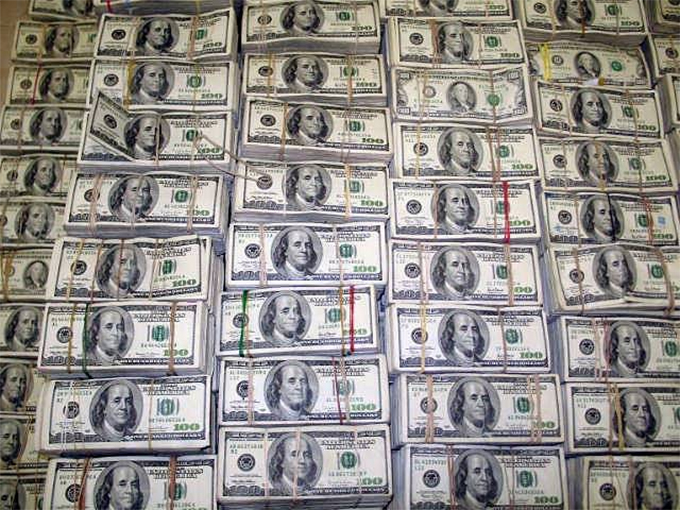 Remember all the nice cars and boats that the police had for undercover work in that old TV show, Miami Vice? We may now have a clue how a police department could have enough funds to afford such lavish toys. Nick Sibilla of the Institute for Justice writes at Forbes.com, “

Posing as money launderers, police in Bal Harbour and Glades County, Fla. laundered a staggering $71.5 million for drug cartels in an undercover sting operation, according to an in-depth investigation by The Miami Herald. With fake identities, undercover officers made deals to pick up cash from criminal organizations in cities across the country. Agents then delivered the money to Miami-Dade storefronts and even wired cash to banks overseas in China and Panama. After laundering the cash, police would skim a three percent commission fee, ultimately generating $2.4 million for themselves.

Together, the Bal Harbour Police Department and the Glades County Sheriff’s Office formed the Tri-County Task Force, which, despite the name, consisted of only two agencies. From 2010 to 2012, the task force passed on information and tips to federal agencies that led to the government seizing almost $30 million. Yet the undercover unit laundered over $70 million for drug cartels—more than twice as much as what was actually taken off the streets.

I’m not sure how certain we can be about that $30 million figure. It doesn’t seem that the task force kept any records to back up their claims.

Notably, the Tri-County Task Force never made a single arrest. The task force countered that assertion, claiming they passed on intelligence that led to over 200 arrests made by other agencies. But a representative from the DEA said, “There’s no way we can validate those numbers. We have no idea what they are basing those numbers on.” Tellingly, “the task force did not document the names of the 200 people who were arrested,” according to The Miami Herald.

Of course, in order to start their money laundering business, they required some seed money. To acquire their starting capital, they used asset forfeiture through the Department of Justice’s Equitable Sharing program. In other words they took stuff. All they had to do was claim the property was used in criminal activity, though no charges need to be even filed, let alone proven in court, in order to take such property.

Thanks to the commissions from money laundering, the task force could indulge in a lavish lifestyle. Officers enjoyed $1,000 dinners at restaurants in the Miami area, and spent $116,000 on airfare and first-class flights and nearly $60,000 for hotel accommodations, including stays at the Bellagio and the Mandalay Bay in Las Vegas and El San Juan Resort & Casino in Puerto Rico. Police also spent over $100,000 on iPads, computers, laptops and other electronics, bought a new Jeep Grand Cherokee for $42,012 and even purchased $25,000 worth of weaponry, including FN P90 submachine guns. (Bal Harbour, a seaside village of 2,500 residents known for having the nation’s top sales-generating mall, reported just one violent crime in 2012.)

Aside from the police corruption angle, by laundering money the police actively aided and abetted the criminal activity they were supposed to stop. Crooks gained a service from the police and the police were rewarded handsomely. Other than immunity to prosecution, how is there any discernible difference between what these police did and what ordinary money-laundering criminals would do?