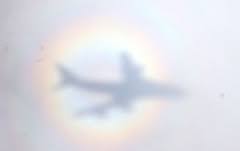 Electronic military exercises were to blame for the mysterious disappearance of dozens of planes from air-traffic control screens in the heart of Europe, Slovak authorities have said.

About 50 planes temporarily disappeared from radars in Austria, Germany, the Czech Republic, and Slovakia between June 5 and June 10, Austria’s flight safety monitor said.

"The disappearance of objects on radar screens was connected with a planned military exercise which took place in various parts of Europe...whose goal was the interruption of radio communication frequencies," the Slovak air traffic services said in a statement.

"This activity also caused the temporary disappearance of several targets on the radar display, while in the meantime the planes were in radio contact with air traffic controllers and continued in their flight normally.”

Right after the problem with the radars was detected, the organizing party was made aware and the exercises were stopped, Slovakia’s air traffic services added.

Slovakia did not mention a military force involved in the exercises, but Austrian media pointed towards NATO.

During the exercises NATO was reportedly using devices that can interfere with enemy radar, according to the Telegraph.

German air traffic control stated that it is trying to identify the cause of the outages.

"Planes disappeared from screens for a matter of seconds, here and there. The outages were sporadic and not grave...It must have been an external source of disruption,” a spokesperson said.

Authorities said the outages did not pose any serious threat.