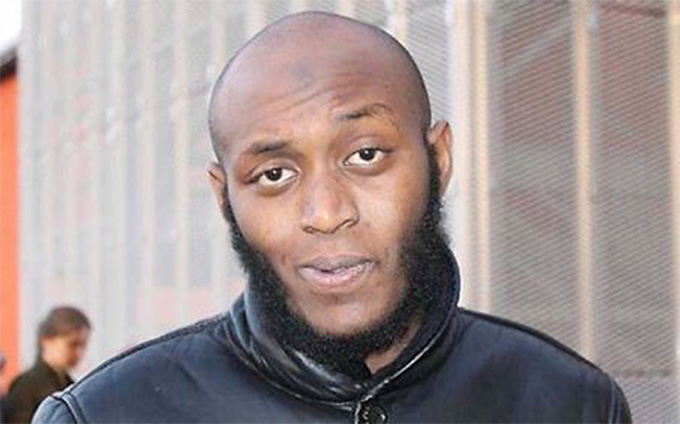 Bertrand Nzohabonayo, another unarmed black man viciously killed by cops because he was only attacking French people with a knife while shouting "Allahu Akbar.”

French police investigating a young man shot dead after he attacked officers with a knife while shouting "Allahu Akbar” ("God is great" in Arabic), say that he was a convert to Islam and had this week updated his Facebook profile page with a photo of the black flag of the Islamic State.

Police shot Bertrand Nzohabonayo on Saturday after he wounded three officers outside a police station in Joue-les-Tours near the central city of Tours.

Mr Nzohabonayo, a 20-year-old French national originally from Burundi, took the name of Bilal when he converted several years ago and had recently taken to posting radical Islamist statements on his Facebook page, according to intelligence sources.

He was known to police for petty crimes but was not on any watch list of the French intelligence services, said Interior Minister Bernard Cazeneuve, who rushed to the scene after the attack.

Anti-terror investigators have opened an inquiry into the incident for attempted murder and other offences related to terrorism.

The Islamic State of Iraq and the Levant (Isil), which has seized control of swathes of Iraq and Syria, has repeatedly urged its followers to attack citizens of France and other countries which have joined the coalition to destroy it.

"There are grounds to probe whether he (Nzohabonayo) acted alone , whether he followed orders, or whether it was a mindless action," the Tours prosecutor Jean-Luc Beck told BFM television.

Mr Nzohabonayo turned up at the police station on Saturday afternoon and began banging on the door, police said. When an officer opened it, he slashed him in the face, narrowly missing his jugular, and he then managed to overcome and wound a second officer who had drawn his gun. A policewoman then shot him in the chest.

Police said the assailant had cried “Allahu Akbar” throughout the attack.
France, like many other European countries, is worried about the risk of attacks by nationals who return home after waging jihad in the Middle East.
A Frenchman of Algerian origin is the main suspect in the murders of four people at Brussels' Jewish Museum in May. He had spent more than a year fighting with extremists in Syria.