Sep 4, 2013 Source: news.yahoo.com
Ever wonder what it would be like if you could “talk” to your great-great-great-grandchildren? Or listen to Frank Sinatra sing a song that has yet to be written?

That’s the promise of voice cloning — the next generation of text-to-speech technology that could replace the robotic, emotionless computer voices that dominate today. The digital process aims to capture and computerize a person’s distinctive vocal qualities in order to create entirely new speech.

Israel-based startup VivoText is at the forefront of voice-cloning technology. “We are focusing on that conversion from written text to spoken text to be as humanlike as possible,” says founder and CEO Gershon Silbert.

A former concert pianist, Silbert doesn’t believe the robotic voices we are familiar with today (Hello, Siri?) are the future of synthesized speech. Rather, he thinks that computer-generated speech expressing emotion will raise the bar. “The human voice to me is like the ultimate instrument ... to convey anything you would want to convey,” he says.

So how good does a cloned voice sound? According to Silbert, “good and getting better.” 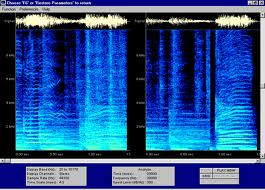 Just ask recently retired NPR journalist Neal Conan. He might be the first broadcaster in history to have his voice cloned, thus allowing him to deliver a newscast anywhere, anytime. Basically forever.

“One truly intriguing part of this project, if this technology works as well as we expect it to, is that essentially my voice could live forever,” says Conan.

Conan, who is known for his soothing melodic voice, spent over nine hours in a sound booth recently. He recorded 2,000 sentences, with various inflections, that VivoText uses to record every nuance his distinctive voice can make.

One of the first uses of his cloned voice is “Project Cronkite.” The ultimate goal is to have Conan’s voice deliver essentially anything the user chooses, from personalized newscasts to wake-up calls or even weather checks.

“To clone Frank Sinatra’s voice, we would actually go through his recorded legacy. Now we have the voice library of Frank Sinatra ... and then we can use it,” says Silbert.

The technology could also usher in a new era of celebrity endorsement as stars with distinct voices find new creative opportunities.

“If you go, for example, to Morgan Freeman and suggest he clone his voice, he has to agree to it. I’m sure there are tons of things that come through his agent, and he only does a tiny fraction of it. And of course if there is the ability to have it done through technology, he can do much more,” says Silbert.

As voice-cloning technology continues to improve, no one can be quite sure of what these voices of the future could be saying.

Indeed. When voices can be easily manipulated to say whatever you wish them to, it will become extremely difficult to know what has really been said by the human, and what has been fabricated with the technology.

And the ’new tech’ claim? Text-to-speech for everyday personal or commercial use may be new, but voice morphing has apparently been around for military purposes since the 90s.

As reported William M. Arkin in The Washington Post in 1999:

"Gentlemen! We have called you together to inform you that we are going to overthrow the United States government." So begins a statement being delivered by Gen. Carl W. Steiner, former Commander-in-chief, U.S. Special Operations Command.

But it is not Steiner. It is the result of voice "morphing" technology developed at the Los Alamos National Laboratory in New Mexico.

By taking just a 10-minute digital recording of Steiner’s voice, scientist George Papcun is able, in near real time, to clone speech patterns and develop an accurate facsimile. Steiner was so impressed, he asked for a copy of the tape.

Steiner was hardly the first or last victim to be spoofed by Papcun’s team members. To refine their method, they took various high quality recordings of generals and experimented with creating fake statements. One of the most memorable is Colin Powell stating "I am being treated well by my captors."

"They chose to have him say something he would never otherwise have said," chuckled one of Papcun’s colleagues.

Most Americans were introduced to the tricks of the digital age in the movie Forrest Gump, when the character played by Tom Hanks appeared to shake hands with President Kennedy.

For Hollywood, it is special effects. For covert operators in the U.S. military and intelligence agencies, it is a weapon of the future.

"Once you can take any kind of information and reduce it into ones and zeros, you can do some pretty interesting things," says Daniel T. Kuehl, chairman of the Information Operations department of the National Defense University in Washington, the military’s school for information warfare.

Digital morphing — voice, video, and photo — has come of age, available for use in psychological operations. PSYOPS, as the military calls it, seek to exploit human vulnerabilities in enemy governments, militaries and populations to pursue national and battlefield objectives.

To some, PSYOPS is a backwater military discipline of leaflet dropping and radio propaganda. To a growing group of information war technologists, it is the nexus of fantasy and reality. Being able to manufacture convincing audio or video, they say, might be the difference in a successful military operation or coup.