Met police to do the beat with head-mounted cameras 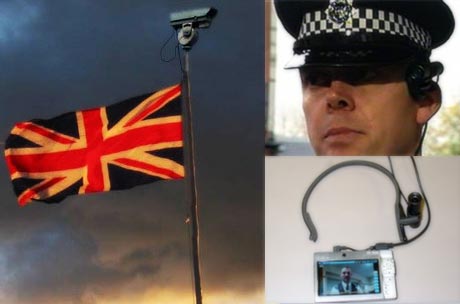 Police officers in London have begun to use a camera mounted on their headgear in an effort to tackle anti-social behaviour.

Officers in the 19 safer neighbourhood teams in the Haringey area have been issued with eight cameras, each the size of an AA battery, that record video images to a special utility belt. They are activated by a switch on the belt.

The equipment, which costs around £1,800 per pack and is funded by Haringey Council's Safer Communities Partnership, will be used to gather images that could be used as evidence in future court proceedings, the Metropolitan Police announced.

A spokesperson told GC News the standard camera can store up to 12 hours of video. An extra battery pack can extend this to up to 400 hours, although this makes the equipment much heavier.

Detective superintendent Richard Wood said: "The cameras will act as an excellent deterrent for any youngsters who are intent on causing trouble.

"Should anyone commit any offences the officers will instantly have the evidence to hand to help them apply for an ASBO or pursue criminal charges. If the cameras prove successful they will be deployed to other units within Haringey and could be used to assist police raids and officers working at football matches."

Beat officers to use head cameras
From: news.bbc.co.uk

Police are to use head-mounted video cameras to help in the fight against anti-social behaviour.
Eight Metropolitan Police officers in Haringey, north London, will use the devices on the beat, to record evidence of people causing trouble.

The tiny £1,800 cameras, each the size of an AA battery, will be fitted onto the side of the officers' headgear.

Police say the clearly visible cameras will act as a deterrent, as well as an evidence gathering tool.

They record high quality digital images, which are then fed back and stored in a special utility belt.

The head cams have been used in other parts of Britain but will be used for the first time in London by Haringey's Safer Neighbourhoods team this week.

Haringey Council's Safer Communities Partnership is funding the cost of the equipment, which is being used as part of a five-day crackdown on anti-social behaviour in the area.

The video images are said to be of very good quality and they could be used in court as evidence to support a prosecution, or in support of an application for an anti-social behaviour order (Asbo).

Detective Supt Richard Wood said: "If the cameras prove successful they will be deployed to other units within Haringey and could be used to assist police raids and officers working at football matches."

"We know they work, supply good quality images and are versatile for patrolling football crowds and shopping precincts.

"They can also be used for more intricate work such as dealing with domestic violence or any incident where the photographic evidence will help with a conviction."