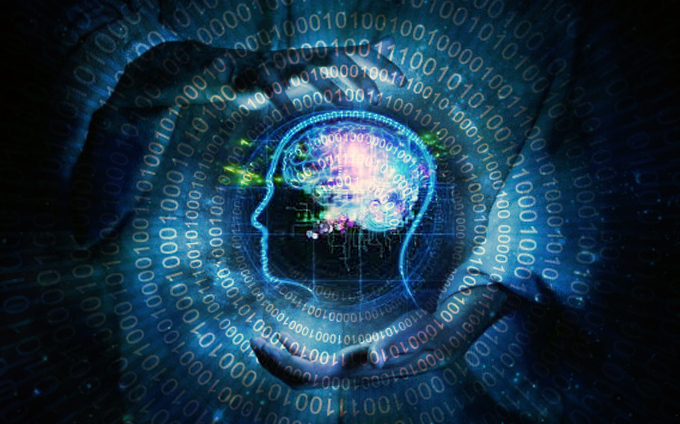 “The targets of modern mind control are always described in terms of medical treatment, alleviation of suffering, and healing. What else would you expect? A stark mission statement about population control and intentional shrinking of brain function? No, this op inevitably falls under ‘greatest good for the greatest number’. The promoted premise is: less effort, less pain, more happiness. A gift given to the essentially passive human being. That formulation itself is a version of mind control. The hero and the rebel are replaced by the semi-satisfied and quiescent android.” (The Underground, Jon Rappoport)

Here’s a research project that tells you something about where mind control is going. From MIT News, 8/27/14:

“The findings, described in the Aug. 27 issue of Nature, demonstrated that a neuronal circuit connecting the hippocampus and the amygdala plays a critical role in associating emotion with memory. This circuit could offer a target for new drugs to help treat conditions such as post-traumatic stress disorder, the researchers say.

“’In the future, one may be able to develop methods that help people to remember positive memories more strongly than negative ones,’ says Susumu Tonegawa, the Picower Professor of Biology and Neuroscience, director of the RIKEN-MIT Center for Neural Circuit Genetics at MIT’s Picower Institute for Learning and Memory, and senior author of the paper.”

The science is spotty, to say the least, but the effort is enormous, and the direction is clear.

If you stacked up all the social sciences, and biology and physics and chemistry, as well as psychology and psychiatry…and even if you went out to the fringes of academia, where the so-called dissidents live…you would encounter scenarios about life as programming.

Change the cell, the molecule, the atom, the family, the environment, the DNA. Initiate new blueprints, systems, patterns of organizations.

The whole basis of this exercise: we humans are passive recipients of “influences.” Therefore, alter the influences.

On the low end, you have the CIA’s mind-control program, MKULTRA. At the high end, you have something like this: “the universe is taking us to an ultimate state of consciousness, and we’re cells in the super-body of All Wisdom, which is gradually revealing its truth to us.”

Either way, humans are viewed as passive.

Passive ciphers of cause-effect, stimulus-response, input-output. No matter how basic or elegant, this is existence in which free will, choice, individual power, imagination are radically diminished.

For example: “the brain is source of consciousness.”

Consider how physics looks at the brain: it is an organ of the body, made up of the same particles that populate the rest of the universe. Nowhere, in any of those particles, is the capacity to understand meaning.

Therefore, the brain does not understand meaning.

Meaning is merely (and absurdly) a chemical/biological/electromagnetic illusion, an ongoing “readout” to which we are passively subjected.

Possessed of such demented view of life, scientists feel perfectly justified in experimenting and tinkering with, and changing, the “human machine.”

In fact, for Dr. Ewen Cameron, the most highly decorated psychiatrist in the world during the 1940s and 50s, an individual’s personality was the property of society, represented by men such as himself.

On that basis (as I’ve described in other articles), Cameron devised a method of torture called “psychic driving,” which involved administering many powerful electric shocks to his patients’ brains, coupled with intensive drugging that put them into consecutive weeks of sleep, after which he played them tapes that repeated pat phrases millions of times—all in an effort to erase their personalities and install new ones.

Cameron worked on contract to the CIA, as a researcher in its infamous MKULTRA program.

These days, the research on programming is far more subtle, but the objective is the same. The patient would not experience overt physical pain while a particular circuit in his brain is “neutralized,” but he would never function in the same way again. He would be “new.”

Against all this is the fact that the individual has the capacity to be free, independent, self-directed, powerful, and creative.

He needs neither the science of programming nor myths that support a view of humans as passive.

The notion of ironclad cause and effect, carried over from the physical sciences to the human mind and consciousness, falls woefully short. Why? Because the individual can understand meaning, think rationally, and imagine and create new realities and futures. In these actions, he is not merely a product of what has gone before.

The pseudoscience called psychiatry would have us believe that all of its 300 officially certified “mental disorders,” none of which have defining physical diagnostic tests, are applicable across the board, to all humans.

This is because psychiatry assumes (and never proves) that all people are passively subjected, in exactly the same machine-like way, to the same chemical imbalances in the brain.

Uniform cause and effect. Therefore, install a new uniform cause-and-effect program as a remedy.

In an article at the Brain Bank (3/4/13), author Oliver Freeman offers neuroscientist Giuloio Tononi’s perspective on how the brain gives birth to consciousness. Freeman: “According to Tononi it is the ability to combine lots of information efficiently that yields the ability to analyse abstract concepts and thus gives us ‘consciousness’.”

This illustrates the paucity of neuroscience when it comes to consciousness. You can “analyze” all the abstract concepts in the world, but were it not for your prior knowing that you are alive, that you exist—which does not depend on the brain—you would be utterly lost. In fact, you would have as much consciousness as your computer does while it is making calculations.

However, believing that consciousness itself is merely an effect of more sophisticated levels of analysis, neuroscientists freely experiment on the brain without hesitation or conscience, like some Geek Squad of the New Age.

The human being, who is more than the brain, more than the body, nevertheless experiences those experiments as unpredictable disruptions in his vital “physical assistant.”

It is the human being and not the “experts” whose voice must be heard. It is his life that is the target.

For all their high pronouncements and assurances, the experts have the smallest conception of what they are doing. They’re shooting in the dark. And they think they’re simply repairing and updating a machine.

Jon Rappoport is the author of two explosive collections, The Matrix Revealed and Exit From the Matrix, Jon was a candidate for a US Congressional seat in the 29th District of California. Nominated for a Pulitzer Prize, he has worked as an investigative reporter for 30 years, writing articles on politics, medicine, and health for CBS Healthwatch, LA Weekly, Spin Magazine, Stern, and other newspapers and magazines in the US and Europe. Jon has delivered lectures and seminars on global politics, health, logic, and creative power to audiences around the world. You can sign up for his free emails at www.nomorefakenews.com