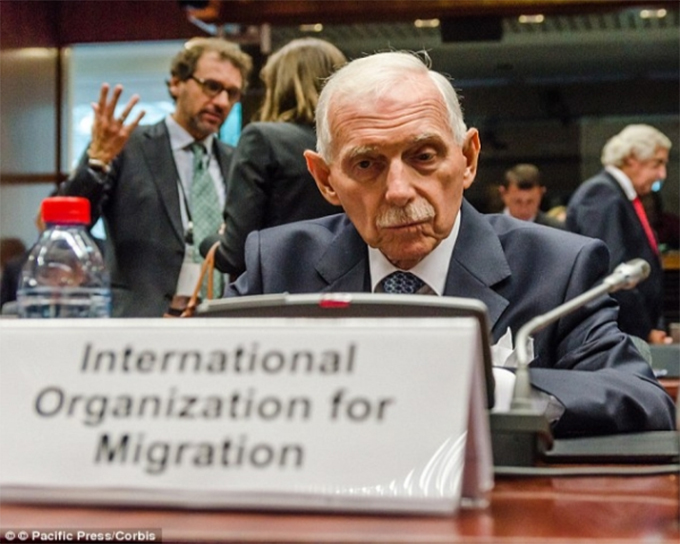 Despite 1 in 2 Europeans being against mass immigration, William Lacy Swing, the head of the International Organization for Migration (IOM), wants it to be increased – a view shared by less than 1 in 10 Europeans.

If you wanted to solve the low birth-rate it is easy-peasy – Denmark, Hungary, and Russia are successfully increasing their birth-rate with simple government policies.

But that’s just it, the anti-Whites don’t want to solve the low-birth rate because White people make White children. That’s not what our societies are about anymore, according to them anyway…

Swing said the world was destined to become mixed, and “Leaders who are not preparing their people for this, through public education, public information, and awareness-raising campaigns, just may not be doing their job.”

Okay, so we know that the top echelons of government and certain lobbies want Western countries to be flooded with immigrants, but why do they want this?

Well, simply because those countries are majority White, and the anti-Whites have been trying to change that for some time now. Why do you think America, Canada, Australia and Europe all opened their borders up around about the same time? Some coincidence don’t you think?

Do you know what’s also a coincidence? All those places put “diversity” laws in place which has essentially made it a crime for an area to be “too White”.

This agenda is White Genocide, genocide as defined by international law. Swing and his anti-White buddies, like Peter Sutherland, are all pushing White Genocide.