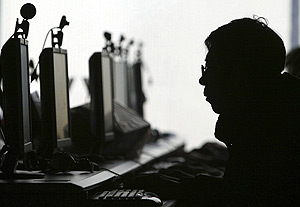 A group of central Ontario parents is demanding their children’s schools turn off wireless internet before they head back to school next month, fearing the technology is making the kids sick.

Some parents in the Barrie, Ont., area say their children are showing a host of symptoms, ranging from headaches to dizziness and nausea and even racing heart rates.

They believe the Wi-Fi setup in their kids’ elementary schools may be the problem.

The parents complain they can’t get the Simcoe County school board or anyone else to take their concerns seriously, even though the children’s symptoms all disappear on weekends when they aren’t in school.

"Parents are getting together and realizing this is the pattern," said Rodney Palmer of the Simcoe County Safe School Committee.

"We went to the school board and they did nothing."

The symptoms, which also include memory loss, trouble concentrating, skin rashes, hyperactivity, night sweats and insomnia, have been reported in 14 Ontario schools in Barrie, Bradford, Collingwood, Orillia and Wasaga Beach since the board decided to go wireless, Palmer said.

"These kids are getting sick at school but not at home," he said.

"I’m not saying it’s because of the Wi-Fi because we don’t know yet, but I’ve pretty much eliminated every other possible source."

The Simcoe County school board could not be reached for comment Friday because their offices were closed.

The parents group has offered to pay for wired connections if the board switches off the Wi-Fi, Palmer said.

"They didn’t even say no," he said. "They ignored it and … reaffirmed their position supporting Wi-Fi.

"They are culpable and … they have the gall to go on the record and say they haven’t had any doctor’s notes. Well what doctor has been schooled about the rate of microwave infections?"

"We have statistics that show that children, especially young children, are going to absorb much more radiation than older children and adults because of their thinner skulls and because the size of their brains more closely approximates the size of the wavelength being deployed," Clarke said.

Wireless technology also wastes energy, is less secure than wired connections, could be violating a student’s right to a safe environment and should be turned off in schools, Clarke added.

"The simple solution is plug back in the wired, ported system that’s already there and unplug the wireless," she said. "It’s real easy and it costs nothing. In fact, it will save money."

Professor Magda Havas of Trent University in Peterborough, Ont., who does research on the health effects of electromagnetic radiation, issued an open letter to parents and boards saying she is "increasingly concerned" about Wi-Fi and cellphone use at schools.

Claims by Health Canada that Wi-Fi is safe provided exposures to radiation are below federal guidelines are "outdated and incorrect," based on the growing number of scientific publications reporting adverse health and biological effects, Havas wrote.

"It is irresponsible to introduce Wi-Fi microwave radiation into a school environment where young children and school employees spend hours each day."

The Ontario Ministry of Education said it has heard from the parents in Simcoe County and received a complaint passed along from a Peterborough family worried about Wi-Fi in schools. But the ministry said it is up to local school boards to deal with the issue.

"The boards, the principals and the teachers should work together to address those concerns," said ministry spokeswoman Erin Moroz.

The provincial New Democrats said they too had been hearing from parents worried about the effects of wireless technology on children, and called on the chief medical officer of health to investigate.

"There is enough anecdotal evidence from parents that this is worth looking into."

Palmer plans to find alternate schools or even home school his two children this fall if the board doesn’t agree to turn off the Wi-Fi and said other parents will likely follow suit if the symptoms return.

"If they’re going to continue to endanger the health of children, I can predict that many of the parents who are now writing us saying their kids have been fine all summer are going to have a change of heart about the third week of September when their kids are coming home from school with these problems, particularly the ones that are passing out and falling down, hitting their head on the gym floor," he said.

While parents worry about younger children, concerns about the health effects of wireless technology prompted Lakehead University to virtually ban Wi-Fi from its campuses in Thunder Bay, Ont., and Orillia, Ont.

"There will be no Wi-Fi connectivity provided in those areas of the university already served by hard wire connectivity until such time as the potential health effects have been scientifically rebutted or there are adequate protective measures that can be taken," says Lakehead’s policy on Wi-Fi and cellular antennas.