Roma countdown for a mass exodus to UK 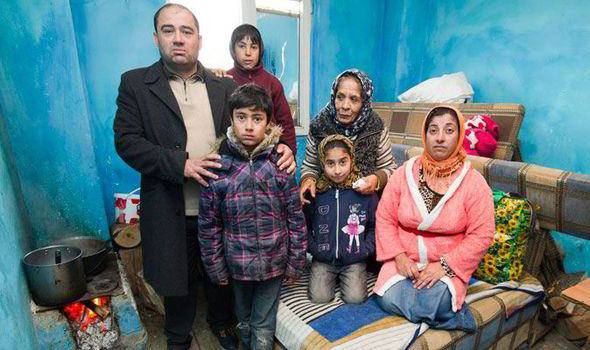 In less than a fortnight EU restrictions will be relaxed and impoverished Romanians are expected to flood into the UK, attracted by our universal reputation as a country that looks after migrants.

Yesterday the faces of families surviving on less than £1 a day lit up when they spoke of the UK’s generous welfare system.

Almost all of them said they were leaving in the New Year.

In run-down Barbulesti, 50 miles north-east of the Romanian capital Bucharest, all roads lead to Britain with the majority of its 7,000 penniless inhabitants planning a mass exodus after January 1.

The largely unemployed population survive on welfare payments of £20 a month, but know they could receive 20 times that while searching for work in the UK.

Impoverished and malnourished families told how they were desperate to leave appalling poverty.

Jobless Toni Samdu, 40, lives with eight members of his family in a cold and cramped hovel with shattered windows, no electricity and an outside toilet held together by wood and ripped tarpaulin.

He said: “We can’t stay here because things are so desperate.

“We will leave for Britain in the New Year because we can have a better income.