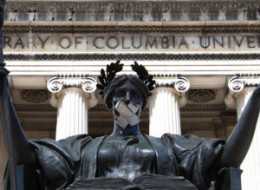 Talking about WikiLeaks on Facebook or Twitter could endanger your job prospects, a State Department official warned students at Columbia University’s School of International and Public Affairs this week.

An email from SIPA’s Office of Career Services went out Tuesday afternoon with a caution from the official, an alumnus of the school. Students who will be applying for jobs in the federal government could jeopardize their prospects by posting links to WikiLeaks online, or even by discussing the leaked documents on social networking sites, the official was quoted as saying.

"[The alumnus] recommends that you DO NOT post links to these documents nor make comments on social media sites such as Facebook or through Twitter," the Office of Career Services advised students. "Engaging in these activities would call into question your ability to deal with confidential information, which is part of most positions with the federal government."

While the massive disclosure of once-classified documents detailing some of the nation’s most tightly-guarded secrets has inflamed allies and enemies alike, the move by the State Department represents a new front in the administration’s campaign against unauthorized leaks.

Philip J. Crowley, spokesman for the State Department, denied in an email message any federal involvement:

This is not true. We have instructed State Department employees not to access the WikiLeaks site and download posted documents using an unclassified network since these documents are still classified. We condemn what Mr. Assange is doing, but have given no advice to anyone beyond the State Department to my knowledge.

When asked why Columbia — which confirmed to the New York Times earlier today that an email had been sent from its offices — would have sent the message, Crowley said, "If an employee of the State Department sent such an email, it does not represent a formal policy position."

Earlier this week, companies like Amazon and PayPal shut off the services they provided to WikiLeaks, threatening the site’s survival and impeding further dissemination of its treasure trove of classified documents.

Now, however, it appears the federal government has moved beyond staunching the flow of leaked information, to suppressing even the very mention of WikiLeaks online by prospective employees.

While republishing the leaked documents could indeed raise legal issues for students, it was the admonition against social media chatter that riled some at Columbia.

"They seem to be unable to make the distinction between having an opinion and having a contractual obligation to keep a secret," said Hugh Sansom, a masters student from New York.

Students were taken aback by the email, said Sansom, who described his non-American classmates -- nearly half of this year’s incoming class at Columbia speaks a native language other than English -- as "amused and surprised."

By late in the week, word of the email had reached the blogosphere.

"Seems the ambitious young things studying IR and considering a foreign service careers are being warned not to touch Cablegate," wrote Issandr El Amrani at The Arabist. A comment posted to that story said that Georgetown University had been similarly put on notice.

Stephen D. Biddle, a professor at the school, said that the email amounted to counseling on the university’s part.

"It strikes me as entirely plausible that some government officials would take a dim view of people appearing to use WikiLeaks material for professional gain," Biddle said.

But as for commenting on the leaked information on Facebook or Twitter, Biddle acknowledged, "once it’s out, it’s out."

The email, obtained by The Huffington Post, is published in full:

We received a call today from a SIPA alumnus who is working at the State Department. He asked us to pass along the following information to anyone who will be applying for jobs in the federal government, since all would require a background investigation and in some instances a security clearance.

The documents released during the past few months through Wikileaks are still considered classified documents. He recommends that you DO NOT post links to these documents nor make comments on social media sites such as Facebook or through Twitter. Engaging in these activities would call into question your ability to deal with confidential information, which is part of most positions with the federal government.